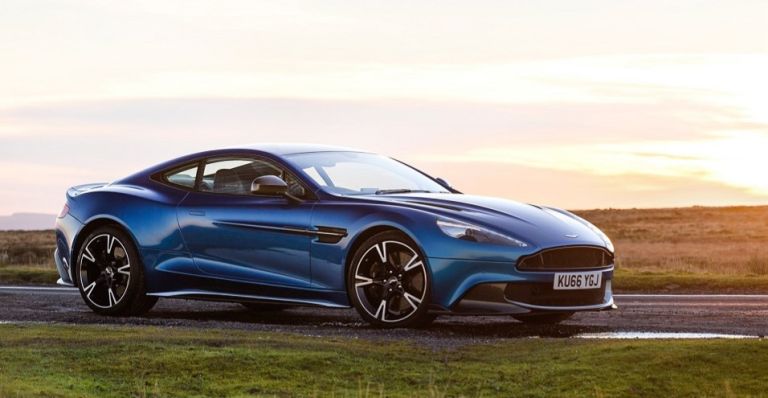 In today's midweek edition of the T3 Agenda, we take a look at the impressive models Aston Martin is bringing to the Geneva Motor Show 2017, the new hybrid multi stage system in the new Lexus LS 500H saloon and more...

Luxury car manufacturer Aston Martin has announced it will be bringing two big models to the Geneva Motor Show 2017 - namely the gorgeous Vanquish S and the futuristic AM-RB hypercar.

The arrival of the Vanquish S will mark the global motor show debut of the acclaimed new Vanquish S – the most powerful and dynamic iteration of Aston Martin's Super GT.

Even more exciting is the European motor show debut of the AM-RB 001. This ongoing collaboration between Aston Martin and Red Bull Advanced Technologies combines a lightweight carbon fibre frame, a two-seater setup, a high-revving naturally aspirated V12 engine and a 1:1 power to weight ratio in attempt to bring Formula 1 power and grace to the roads.

Aston Martin has also announced a new era of tailor-made sports cars with the expansion of its personalisation service. Q by Aston Martin has evolved into a multi-tiered offering, giving customers almost limitless opportunities to create their own unique Aston Martin through enhanced levels of design and customer interaction.

Lexus has confirmed its bespoke Multi Stage Hybrid System will feature in the powertrain of the new LS 500h flagship sedan - a sleek new saloon that's set to make its world debut at the Geneva Motor Show.

If you're an Apple Watch Series 2 user but you've been struggling without the latest version of the Strava app on your new favourite wearable, then worry no more - the in-depth fitness tracker has arrived in updated form on Apple's new gen of smartwatch.

Athletes can now take full advantage of the watch’s GPS capabilities by recording their time, pace, distance, speed and heart rate without their iOS device. Apple Watch Series 2 joins more than 100 other GPS devices that work seamlessly with Strava.

Strava for Apple Watch Series 2 is available now from the App store.