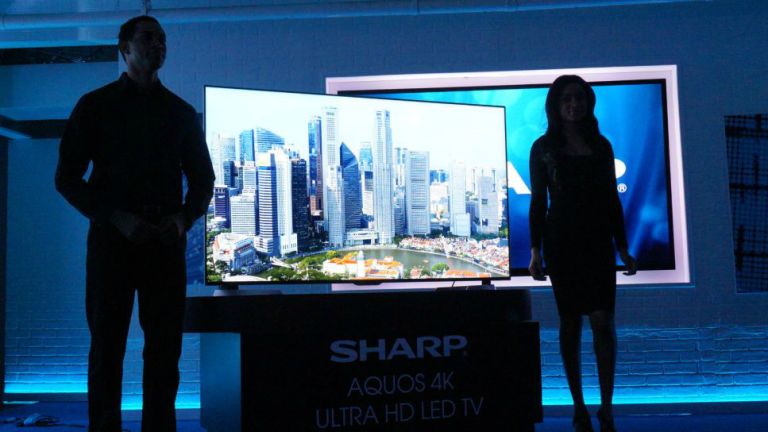 The TV industry is a tough nut to crack, just look at what's happened to Sharp. The Japanese electronics company has announced that it's closing its TV manufacturing business in the Americas after a huge first quarter loss.

Although, that doesn't mean the end for the Sharp brand. You'll still be able to get your hands on a Sharp TV in North America and South America, it just won't be made by Sharp.

That's because Sharp is going to lease the rights to its brand name to Chinese technology firm Hisense. The deal also includes the company's Aquos and Quattron TV brands as well as its Mexican production factory.

Hisense has been trying to establish itself as a household name in the region for some time, but with little success. Having the Sharp brand under its belt should certainly bode well for business.

Sharp basically had to jump ship because of money, or the lack of it rather. Its TV arm has struggled in recent years, with significant losses posted in the quarter ending in June.

In a statement, Sharp writes: “In recent years, Sharp has not been able to fully adapt to the intensifying market competition, which led to significantly lower profits compared to initial projections for the previous fiscal year, and has been suffering from poor earnings performance.”

However the deal with Hisense is worth $23.7 million, so we'd expect that to fix some of Sharp's financial woes, at least. Do note, this doesn't mean Sharp will stop making tech in the Americas altogether, we're just talking TVs. Sharp will still be flogging a number of electronics under its own name, including ovens, photocopiers and solar cells.

Sharp does state that there could still be "structural reforms" to come, however, so this may not be the last business Sharp steps away from. We'll have to see how things pan out, stay tuned.