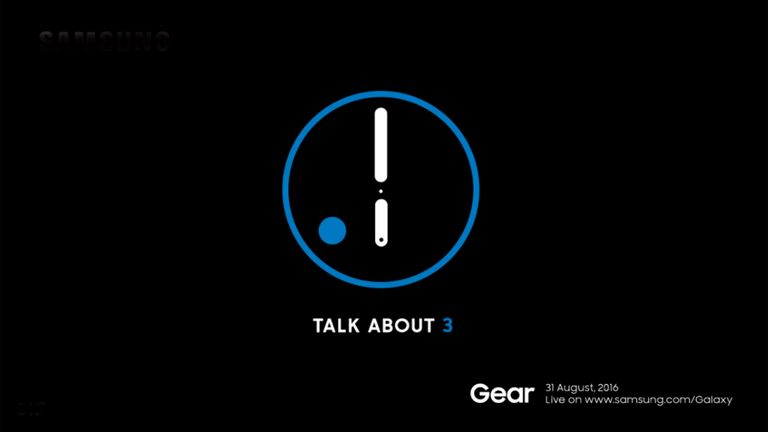 Samsung has posted on Twitter to tease an event it's hosting at the IFA tradeshow this year that makes it pretty obvious the Gear S3 will be announced.

The tweet simply says: “Stay tuned for a timely innovation. August 31. Berlin.” This would put the reveal at Samsung's Unpacked press event that it holds each year just ahead of the IFA tradeshow in Berlin. Samsung launched its Gear S2 at the same event last year.

The tweeted GIF shows the apparent digital hands of a watch swinging around to land at six o'clock, when the event is scheduled to start.

So what can be expected? The lack of Galaxy in the title suggests Samsung is sticking to the same operating system as it introduced in the Gear S2 which means the Tizen OS.

There are also rumours that Samsung will be unveiling a range of Gear S3 watches to offer variation across the line. These are rumoured to be called the Gear S3 Classic, Gear S3 Frontier and Gear S3 Explorer. All are expected to be round in shape and feature the rotating bezel like that of the previous model.

No word on battery life just yet but we'd hope Samsung has managed to improve it from the claimed two days that the Gear S2 tops out at.

Expect to hear more details leak as that 31 August reveal date gets closer.