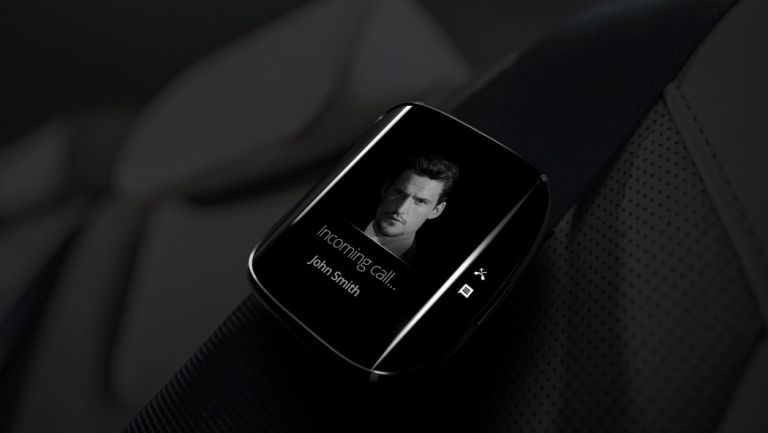 A new concept for the next Samsung smartwatch employs the Edge display and various elements of the Apple Watch to create the ultimate wrist companion. Just have a look how sexy is it.

Samsung was first out of the gates with a smartwatch with what many interpreted to be a rushed response to the rumours of the Apple Watch.

We've now seen over six different versions of Samsung attempting to do a smartwatch right and nothing has really blown us away, all of them have had their faults. The Gear A is the first we expect to see since Apple joined the game meaning Samsung needs to up its game considerably.

A new concept from Maform shows off what Samsung could achieve with its new found design techniques it introduced in the Galaxy S6 Edge. The concept clearly takes some influence from the Apple Watch as well.

The images show off some removable straps as well as a curved screen to offer more real estate without having to make it any bigger on the wrist. It even clips onto your straps making it much easier to take off and charge or switch accessories.

If Samsung did this we'd hope it'd make some apps compatible with the side screens that it didn't manage to achieve for the Galaxy S6 Edge when it launched.

It all just looks a lot more stylish than what Samsung has achieved so far – most of us wouldn't be embarrassed to place one of these on our wrists.

That's what we all want from these devices as well, it's more about fashion than functionality so fingers crossed Samsung can use its new found design credentials and put them to good use.