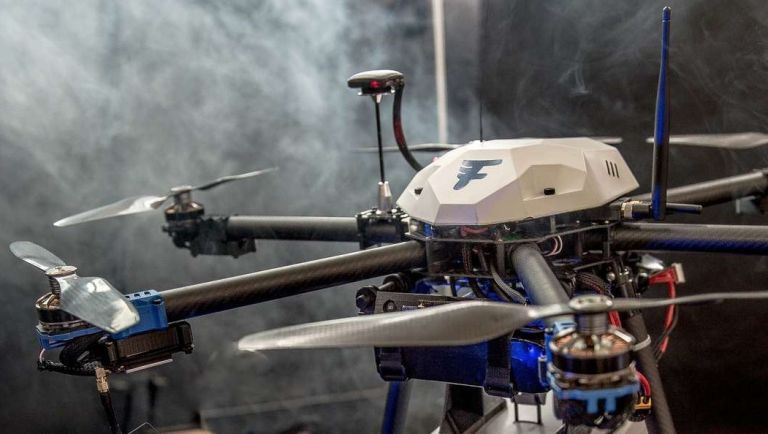 Australian startup Flirtey is preparing to take its commercial drone delivery service nationwide in the United States, with the firm aiming to get 'store-to-door' deliveries in effect by 2017.

The plucky company has been patiently awaiting the final changes to US law that will see new legislation for the widespread use of drones in regular commercial deliveries. The Federal Aviation Administration (FAA)'s new rules on said drone flights will go into effect from next month, including the fact pilots won't need a licence to fly one - they'll just need to pass a brief test for craft weighing less than 55 pounds.

It's clear the US government sees a future for the drone use in the commercial sector, considering it passed a 15-month extension to the FAA-approval for drone flights in North American skies - a fact no doubt expedited by Flirtey's successful ship-to-shore delivery of medical supplies earlier in the year.

With this new regulations about to come into effect, the Aussie startup has confirmed its now in talks with major retailers to setup a large scale delivery service that will take products direct from stores to the doorsteps of customers.

According to CEO and co-founder Matt Sweeny, the big challenge has been designing flight paths that won't get in the way of normal manned vehicles while remaiing in VLOS (visual line of sight). “In Virginia, we flew in an unpopulated area and had an observer at the take-off location and landing location,” Sweeny comments in an interview with Robotic Trends. “When enabling flights beyond visual line of sight and over suburban areas open up, we can fly many miles at a time, opening up a ton of possibilities for delivering food and urgent medicine across cities.”

No news yet on a similar service being rolled out in the UK, but a successful execution in US skies would bode for European and UK deliveries by air.

Why not check out: This homegrown six-axis joystick lets you control a drone with one hand