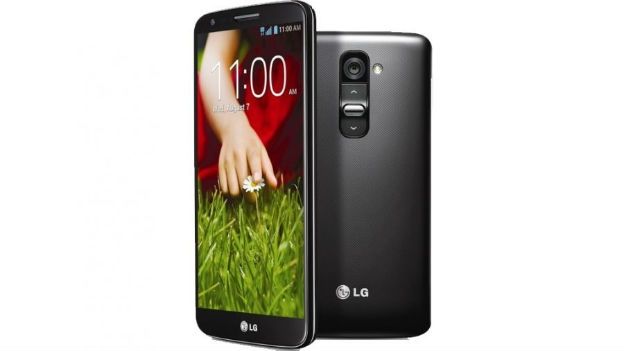 After a barrage of online leaks, teasers and rumours, LG has finally taken the wraps off its new flagship handset, the LG G2 in New York.

There's not much about the new handset that hasn't already been revealed, including the interesting design choice of having the volume rocker and power switch on the rear of the phone.

LG has also elected to switch over to a nano SIM like the iPhone 5 or the Motorola Moto X.

It'll arrive with either 32GB or 16GB of internal storage space as well as a 13MP rear-facing camera and a 3,000mAh battery. And, naturally, it'll support the 4G LTE standard.

“Our definition of innovation today is technology that truly resonates with consumers,” said Dr. Jong-seok Park, president and CEO of LG Electronics Mobile Communications Company at the event in New York.

“We have always listened to and learned from consumers in pursuit of innovation. We took this research to new heights in developing LG G2, the most exciting and ambitious phone in our company's history.”

LG is pushing the "learning from you" tagline with the G2 and the handset has a couple of interesting features designed to make it easier and simpler to use.

For example, the Answer Me feature automatically kicks in and answers an incoming call when the phone is raised to your ear. Likewise, the Text Link feature will pick up information embedded in a text message which can then be selected and saved in a memo or on the calendar.

We'll be putting these new features as well as the phone itself to the test during our full review - but you can get an idea of our first impressions with our hands-on review from New York.

LG will be rolling out the G2 to over 130 different countries in the next eight weeks, starting with South Korea and followed by North America and Europe. Unfortunately, the company hasn't given any UK-specific dates or prices.