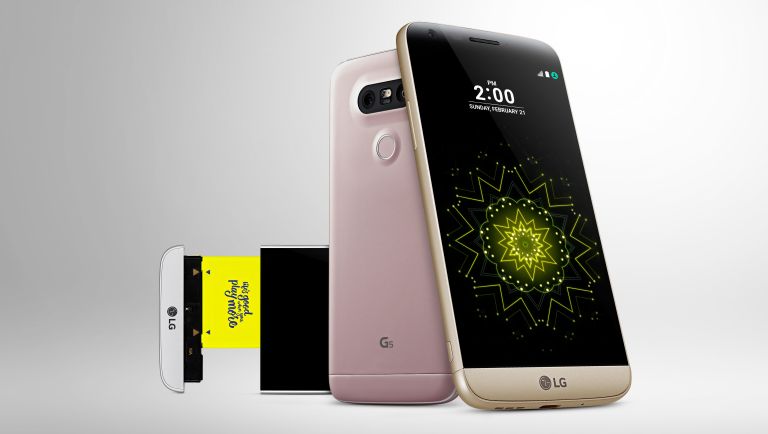 Let's get one thing out there first. LG's new G5 is pretty cool - it's a full-on metal handset that doesn't compromise on extra features.

There's a microSD card. There's a removable battery that you slide out of the case. The lack of both of those things was a stinging criticism of last year's Samsung Galaxy S6 line. We loved the phone, but it sacrificed a lot to get there. LG has obviously taken those criticisms of its Korean rival's handset well and truly on board.

The G5 has a lovely-looking, undoubedly premium design - it's an improvement on the G4, with it's Marmite-like love-it-or-hate-it leather back (we loved it). The camera is interesting as it also boasts a 135-degree wide angle lens so you can choose between the standard orwide angle lens to get more in the shot.

Launched at MWC 2016, Vodafone, O2 and EE have already confirmed that they will be stocking the handset.

Why does LG say it's modular? Because it has a few (admittedly quite cool) accessories including:

The LG CAM Plus is a camera module that can be attached through the battery slot to deliver a comfortable grip and control of a standalone camera. When attached to the LG G5, it provides an additional battery capacity of 1,200mAh to allow for longer shooting times for more fun and enjoyment. LG Hi-Fi Plus with B&O PLAY