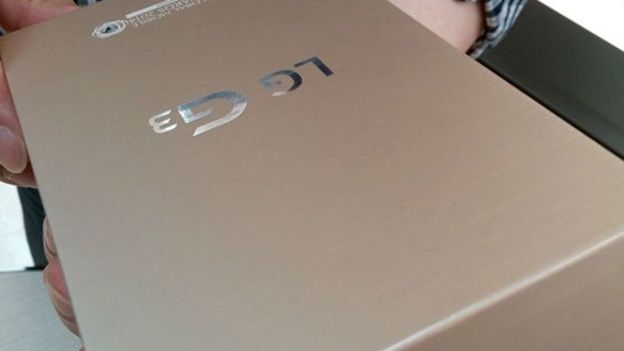 The LG G3 is right around the corner – at least that's what some would have you believe.

Considering the number of rumours about the LG G3's launch date, its quad HD screen and the emergence of its retail box, we'd guess it's going to come sooner rather than later.

Here's what we know about the LG G3 so far.

It's the big question – when will we be able to get our hands on the LG G3?

The answer is unclear. In the middle of March, reports out of Korea suggested we might have to wait until the end of the year before we'd be able to buy it.

However less than a month later, new reports came out claiming we might see the smartphone as soon as next month – May. Korean site asiae.co.kr claimed its “industry sources” said the LG G3 will launch May 17.

We're unsure about that one. It would mean that LG would be launching the G3 less than a year since it launched the LG G2. That said, stranger things have happened, so we'll keep our eye on things.

Let's start with what we do know. LG has confirmed that its upcoming flagship smartphone, the follow up to the LG G2 will come with a quad HD display.

Speaking to Engadget, a spokesperson for LG said that the next phone will come with a screen resolution of 2,560 x 1,440 pixels.

LG confirmed the screen resolution after it emerged that US network Sprint had accidentally posted details about the LG LS990. That turned out to be the LG G3.

Other reports have detailed what could be the phones meat and bones, and they're reasonably powerful.

According to that leak, the handset will boast a whopping 3GB of RAM alongside the quad HD (2,560x1,440) screen.

Furthermore, it appears LG will be adding a rear-facing 13MP camera and a microSD card slot for expandable storage up to 64GB. Previous leaks suggested it would be dust and waterproof as well - taking a leaf out of Sony's book.

Interestingly, the leak details a quad-core Qualcomm MSM8974AA chipset inside the forthcoming phone - more commonly known as the Snapdragon 800, rather than the newer Snapdragon 801 that appeared in the Samsung Galaxy S5.

Before Christmas, there were also reports that the LG G3 could be coming with a fingerprint scanner. However, we've not heard anything about it since, so it could be that LG have dropped the feature.

What we have found out though is that the LG G3 will come with the rear facing buttons that debuted in the LG G2. The keys themselves have been redesigned and there also appears to be a Samsung Galaxy S5-style monitor on the back next to the camera lens. It could also be an HTC One (M8) style depth sensor, but we're going to go with the fitness angle over the photography one.

While LG's rivals offer gold-coloured version of their smartphones, it seems like the LG G3 will only come in a gold-hue.

The claim comes from The Verge, which has managed to get its hands on a retail box for the upcoming smartphone. That box itself is itself a golden hue.

LG has so far refused to confirm or deny whether it will be offering the LG G3 in gold. That stands in contrast to its apparent willingness to talk about the screen.

Leaked pictures also show the G3 with redesigned buttons on the back.

It's currently unclear how much the LG G3 will cost. We'd expect it to be around the same as the LG G2 when it first launched.