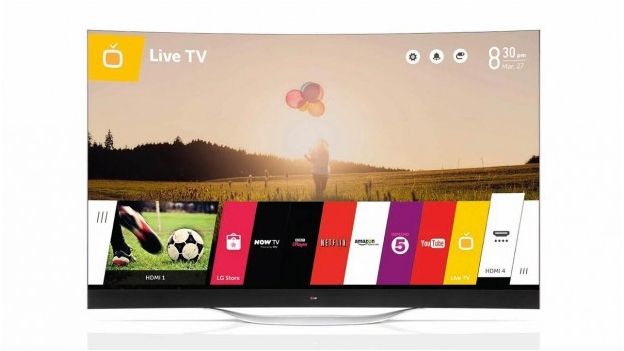 Better start checking down the back of the sofa for those pennies. LG has finally brought its curved Ultra HD 4K OLED screen to the UK and boy it isn't cheap.

The LG 77EC980V will go on sale this October for the bargain price of £19,999. The curved Ultra HD 4K OLED television is not a one-trick pony though.

The TV companies packed with a raft of features. Alongside the IMAX-like curve, it also features the webOS smart TV platform.

Considering the dearth of 4K content around, it should come as little surprise that LG has bundled in its 4K Engine Pro to upscale standard and high definition content to near 4K.

If you don't have enough to buy the 77-inch monster, LG is also launching a 65-inch version of the TV. That's still going to set you back £5,999 – but at least that's a small car rather than a family saloon.

LG also revealed that it will be bundling its webOS platform into all of its new internet connected TVs from 2016 onwards.