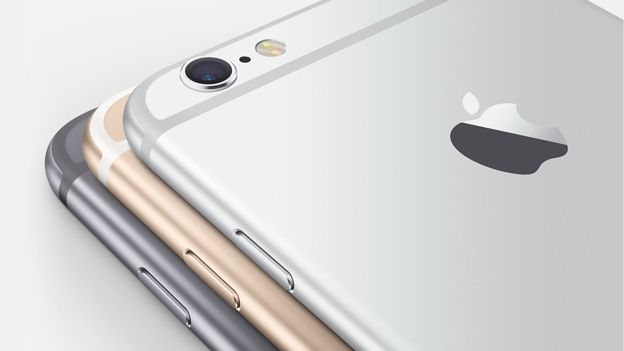 Can old iPhones increase in value, or still be worth money even if they're broken? Yes - and it's a great idea to make cash from yours before the new iPhone 7 release date.

That's because the prices paid for iPhone 6, 6S and older handsets will only decrease each day we get closer to the launch and even further as we go beyond it towards the iPhone 7 on-sale date.

It probably won't come as much of a surprise to learn that almost any modern iPhone holds its value remarkably well - and that's when you should cash in now. musicMagpie got in touch with us to say that the max they are offering is £470 for a 128GB iPhone 6 – so there's some really good money to be had.

The site also found that iPhones hold much more value than Android phones, with the iPhone 4 retaining 39% of its value five years after its launch in 2010, and the iPhone 6 (16GB) holding 50% of its value in just one year after being released.

The only iPhone to have lost its value quickly was the iPhone 5 (16GB), decreasing in value by 66% within eight months of being released.

So when is actually the best time to recycle your iPhone?

Well, the earlier the better as logically, more people want to trade-in their phones at the point when a new model has been announced and values are at their highest.

Bizarrely, this can mean people recycle new phones that have just been released as people cash in on upgrades they don't want yet get given anyway as part of a deal or business contract.

Although recycling does make it sound like your phone will be melted down in a blast furnace, this isn't the case, as in reality most go on to be re-sold in developing countries where mobile networks are in their infancy or for bulk use by businesses.

One phone recycler said it re-sells 98-percent of the devices it receives in this way. In the rare cases that a phone is too old or broken for this to happen, it's stripped of its parts and whatever's left is recycled in the more accepted sense of the word. Phone recycler Redeem reckons people are getting a 15% increase in the value for their used iPhones this time around as depreciation of high-end smartphones slows

The advantages in recycling

One of the reasons recycling old phones has become so popular, instead of heading to the local newspaper or eBay, is the sheer convenience.

Find out how much your phone is worth, and if the figure is acceptable you fill in your details, wipe the device's memory and send it to them using their freepost address (you can also order a jiffy bag from some providers). On arrival, it's tested and as long as it passes, you get an email giving you a payment date and it's all done.

What about damaged phones?

We've all done the same thing at some point in our lives: dropped a mobile phone in the toilet, watched it slip from our pocket onto the floor or heard it crack as we've sat on it: basically, rendering it useless through our stupidity.

But that's shouldn't mean you can't recycle it because like we mentioned above, many companies will strip it down or replace the case or screen.

Damaged phones needn't be relegated to the back of a drawer. According to one recycler's figures, 61-percent of iPhones sent in have a fault of some description; the main problem being cracked screens and rear covers, followed by those that have complete power failures.

Damaged phones like this can still retain a good portion of their full value, with the payout for some broken iPhones still being well over £100.

Where can I recycle my phone?

There are a huge number of online recyclers, while some networks and stores will do it as well. Go to the site, select your handset (some ask for your IMEI number) and go through the steps. Some will send you the money as a cheque, others as a BACS transfer into your bank account. Often there will be a store voucher alternative.

Apple will do it, too

Apple's own Reuse and Recycle trade-in programme is available in the UK and US.

You can trade in iPhone 4 or newer, iPad 2 or newer, a Mac from 2006 or newer for gift cards, while it will also accept PCs and other smartphones via its trade-in partner. Apple will also recycle older devices like iPods, but don't expect any cash back.

As with every other recycler, Apple will independently verify the condition of the device when you submit it. So don't expect top dollar for a severely battered iPhone.

Want to sell your old iPhone on eBay?

Then check out these tips for selling tech on eBay.

Check out the latest on the iPhone 7 price and deals.