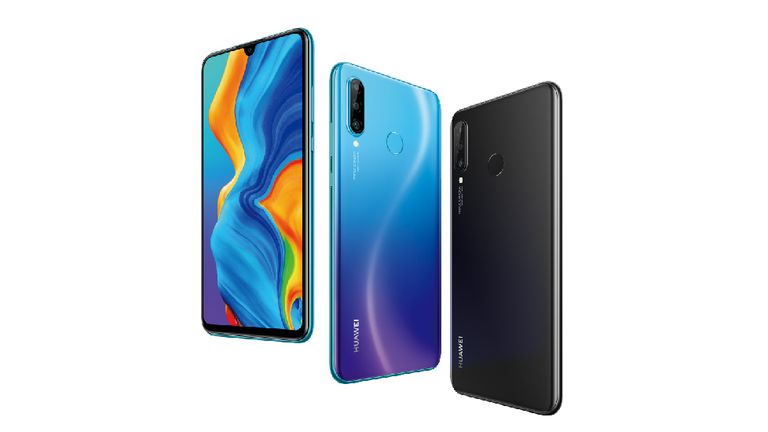 But if that wasn't enough, Huawei has purportedly built a third smartphone for its new P30 range that didn't get its moment in the spotlight on-stage in Paris. The so-called Huawei P30 Lite has been listed as available to pre-order on a number of online retail websites, such as Abenson.com, in the Philippines.

The listings, which were first spotted by Revu, reveal the more affordable variant of the £899 Huawei P30 will have a 6.15-inch 1080 x 2312 screen, crowned with the same dewdrop-style notch and thinner bezels as its pricier sibling. Huawei P30 Lite looks also set to ship with a triple-camera system that combines a 24MP primary lens, an 8MP wide-angle one and a 2MP depth sensor. Flip the P30 Lite over and you'll find the same 32MP selfie camera as the P30 Pro, which seems an odd choice.

Powering the handset, you'll find an octa-core Kirin 710 chipset, which is notably slower than the top-of-the-line Kirin 980 you'll find in the P30 and P30 Pro. There's also 6GB of RAM, 128GB of in-built memory and a 3,340mAh battery cell with support for wired-fast charging.

Another key difference between the pricier P30 and P30 Pro compared with the P30 Lite is the fingerprint sensor. Gone is the in-display scanner, replaced a rear-mounted sensor, that we saw on the Huawei Mate 20 last year. Huawei has also fitted the P30 Lite with a 3.5mm headphone port, unlike the P30 Pro.

Based on the information on these retail sites, it looks like the P30 Lite will start shipping on either April 4 or April 10, depending on which vendor you choose. It will set you back 16,990 Philippine pesos, which works out about £250, $320 converted.

It's worth keeping mind that while this information appears to be accurate, it's possible the P30 Lite isn't coming to the UK or Europe. After all, not all the P30 storage configurations revealed during the keynote presentation in Paris yesterday are available in the UK.