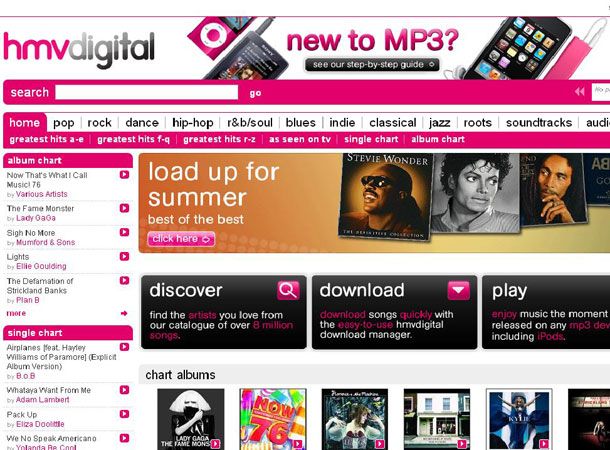 GaGa, Ronson, Jedward and company will be offered at the introductory 40p price which is significantly less than the 79p Apple iTunes currently offers for individual UK top 40 tracks.

All music from the HMVdigital service will be compatible with all MP3 players, with most tracks available at 320kbps MP3 quality.

Once you've purchased your tracks they can then be automatically synchronized with iTunes or Windows Media player libraries.

Unlike iTunes, if you've somehow misplaced or accidently deleted a track you downloaded months ago, you will be able to download the track again.

iTunes still reigns on the music library front, currently offering users a selection of more than 13 million tracks, but having managed to avoid some of the main gripes with Apple's music service, HMVdigital sounds like a genuine threat to its music downloading throne.