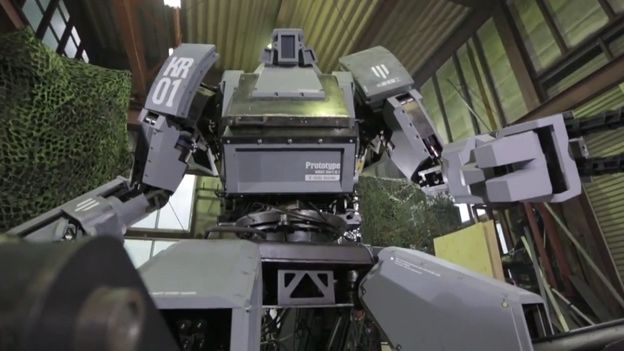 Designer Kogoro Kurata has unveiled his 13 foot tall Kuratas robot in Japan. This custom-built titan was unveiled along with the promise that anyone can own their own as he will be building more.

With a built-in pilot seat, the robot can be controlled on board with hand-held controls allowing the operator to move the robots arms and drive it at speeds of up to 6 mph, but that's not all. You can use an iPhone to operate it as well.

In a Robocop twist, Kuratas also comes with additional 'guns' for all your crime fighting needs. Plastic bottles or BB pellets powered by a lock-and-load system shoot out when triggered by the pilot's smile.

The robot is available as a made-to-order with customisations such as paint scheme and cup holders. The basic model comes in at around 110 million yen ($1.3 million).

Although the machine is still a prototype, Kurata has started taking orders through his website.