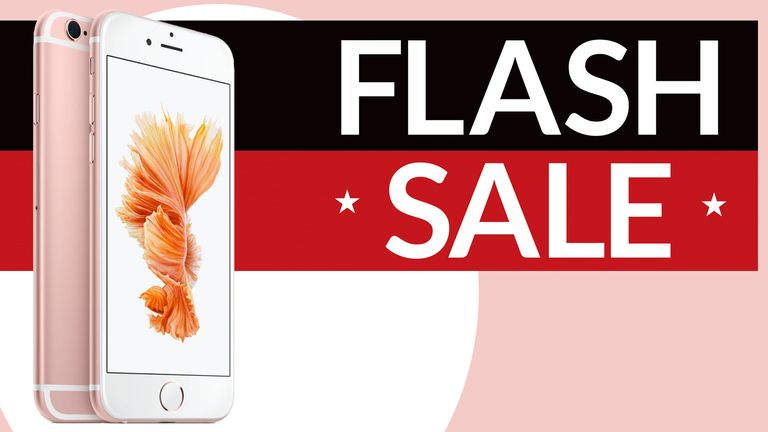 If you're looking for the best balance between a massive screen size and small price tag for your next iPhone, it's hard to go wrong with this new deal in the End Of Summer Sale. Amazon has discounted thousands of items across its most popular product categories, including this £103 price drop for the iPhone 6S Plus.

It might've debuted in September 2015, but there's still a lot to love about this smartphone. Not least the pressure-sensitive 3D Touch touchscreen, strong 7000 series Aluminium case, improved camera, and fastest Touch ID fingerprint scanner – the iPhone 6S might be a few years old, but it's still a phenomenal workhorse.

And you'll still benefit from the latest operating system upgrades, too. Apple is bringing iOS 13 to the handset this autumn, so you'll get the latest photo and video editing capabilities, system-wide Dark Mode, MeMoji stickers, and more.

Apple iPhone 6S Plus | 32GB | RRP: £452 | Deal Price: £349 | Save £103 (23%)
It might not have the flashy new Face ID technology, but there's a lot to love about this Plus-sized iPhone. You'll still get the pressure-sensitive 3D Touch display – as well as the latest iOS upgrade this September. If you've swerved the last few iPhone models, this is a great way to upgrade your handset without breaking the bank.View Deal

If 32GB doesn't seem like it would be quite enough for you to store all of the music you'll need for offline playback, all of your treasured photos and videos, as well as all the usual games and apps – then you'll be pleased to know the beefier 128GB version of the iPhone 6S is also included in the End Of Summer Sale.

Apple iPhone 6S Plus | 128GB | RRP: £552 | Deal Price: £449 | Save £103 (19%)
If you're interested in the iPhone 6S Plus, but would like more built-in storage than you'll find on the entry-level 32GB model – this is the answer. It still has all of the same great features, but more storage so you won't have to rely on DropBox, OneDrive, iCloud and the like anywhere near as often.View Deal