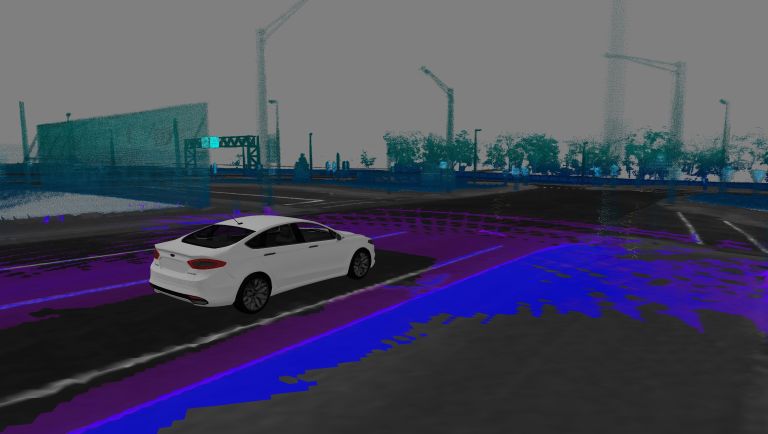 Driving extreme weather conditions can be a challenge, even for us clever humans and our 'perfect' reactions. But what happens when you're an autonomous vehicle stuck out in a blizzard or a heavy blanket of snow? According to Ford, the solution is a 3D mapping tool that actively logs every route you drive - so when you return on a day with grim weather, the car's AI simply reworks its records to suit the new environmental factors.

Ford's new LiDAR system uses four sensors strapped to the top of a self-driving car - these scanners can generate a staggering 2.8 million laser points per second, enabling its Ford Fusion Hybrid models to accurately map any location to such a minute degree it can even sense individual raindrops and snowflakes.

And it's no small feat collecting all that information, either. The sensors on a Ford Fusion Hybrid collects 600 gigabytes of data in an hour in order to help it create 3D renderings of each location it passes through. For context, the average American uses about 21.6 gigabytes per year - so it uses the same amount of data in a day that your average US cellular plan holder uses in ten years.

According to Ford, this 3D mapping system is considerably more accurate than using GPS (which is only accurate to within 10 yards) - it says these tools can accurately sense its environment to within a single centimetre. Ford is also the first automotive firm to show its autonomous cars driving in the snow, with a test site in Michigan already in use in partnership with the University of Michigan.

Why not check out: Wait, now there's going to be self-driving lorries?