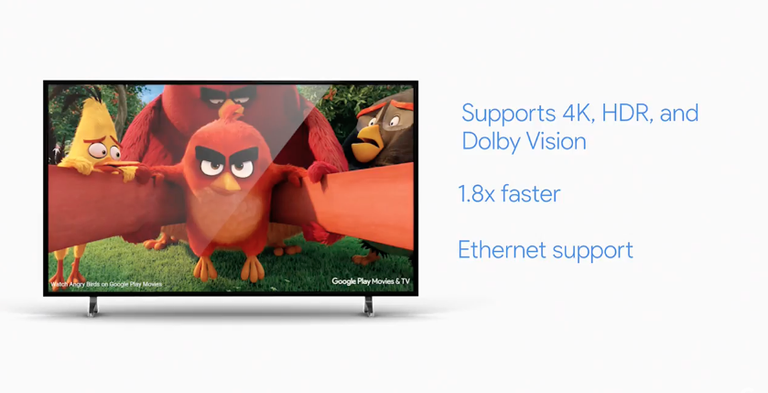 A new Chromecast is coming. It's already one of Google's most popular products and Google has sold 30 million of the little things, but the new and improved version is tipped to offer 4K high-definition streaming.

It's going to be called the Chromecast Ultra and the existing Chromecast will remain on sale alongside it.

In the UK Chromecast Ultra will be available soon from the Google Store, Curry's PC World and Argos for £69 but it isn't great value compared to the $69 pricing in the US. Compatible apps for the UK naturally include Netflix, Red Bull TV, BBC iPlayer, All4, NOW TV and BT Sport.

The new device will cost more than the old one at $69 (that's about £55 with a direct currency conversion). It boasts Dolby Vision support and a 1.8x speed bump, too.

Google Play Movies is also supporting 4K from next month.