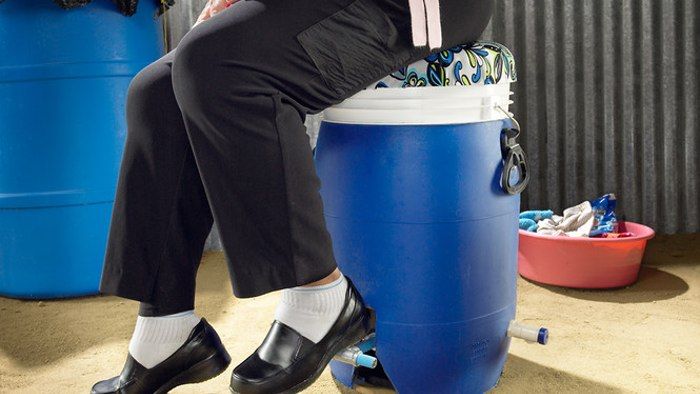 We all love getting our clothes clean and fresh, so it's no surprise we've all become a little too dependent on our washing machine and dryers. And that washing doesn't just mean smart threads - it means a whopping great bill, too. Well, how about a washing machine that just needs a good peddle to get it churning?

Say hello to the human-powered GiraDora Washer. The brainchild of designers Alex Cabunoc and Ji A You, the GiraDora probably isn't going to be winging its way into your list of home appliances but it's cheap to manufacture and to buy (a mere $40 - that's about £26) making it perfect for those living in poorer countries with limited access to electricity.

In terms of design it's pretty simple; it's essentially a plastic drum with a lid that doubles as a seat. Pour water and soap into the top and simply sit down and use the spring-loaded pedals to give your clothes a good workout. It can also be emptied out and used as a spin dryer. It's currently being field tested in Peru but it's already been recognised by the Dell Social Innovation Challenge and the International Design Excellence Awards.

Also check out: The Pepsi phone can be had for less than a can of Pepsi