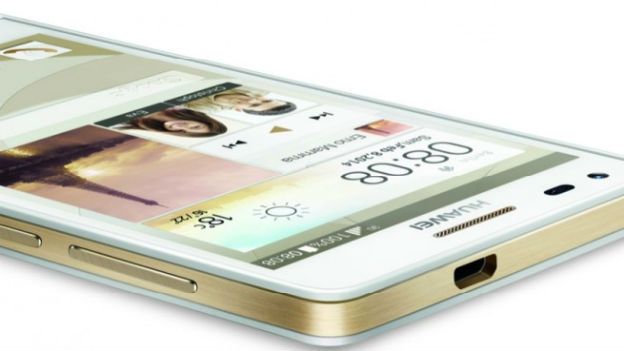 Three key smartphone releases, including yesterday's Huawei Ascend P7, have shown Chinese manufacturers are ready to compete with the premium devices we're all familiar with...

Yesterday Huawei launched its newest, slimmest, most flagshippy phone to date: The Huawei P7. It's the phone that the company believes will lift it further away from the “budget sector” and towards Apple's hallowed ground of universally-accepted premium handsets.

“We will invest so many resources on the product, the innovation, on R&D, the marketing -- everything. We are improving our service and our quality."

The statement is a recurring one from China's leading tech manufacturers. They're positioning themselves as genuine alternatives to the leading-name brands.

Look at Lenovo. The company took Motorola off Google's hands earlier this year for $2.9 billion right after it scooped up IBM's low-end server business for $2.3 billion. It used to only sell PCs in China and now flogs phones, tablets and laptops in more than 160 countries. According to Bloomberg, if the aforementioned deals are approved by the US government, Lenovo will have tripled its revenue in five years.

China's technological expansion is nothing new, and we've mentioned it (a few times) before on T3. But the next stage of the process is competing on quality as well as affordability.

The Huawei Ascend P7 features a full HD 5-inch display with a 1.8GHz quad-core processor, 2GB RAM and a 13MP rear-facing camera. It's built with Gorilla Glass 3 and a metal frame running around the edge and still manages to measure in at only 6.18mm thin. Quality is not an issue here.

Likewise, the recent OnePlus One smartphone is brimming with quality components: A Qualcomm Snapdragon 801 processor (same as the Samsung Galaxy S5), an Adreno 330 GPU, 3GB of RAM and a similar 13MP snapper to the Huawei. It'll also come with 64GB storage and be available for around £269 when it comes to the UK.

A Gartner press release back in February stated that sales of smartphones in China grew 86.3 per cent in 2013. That huge foundation is the reason that Chinese companies are pushing out into the international market in 2014.

Apple, Samsung, Sony, et all are probably not concerned at the moment, but with coffers full from domestic sales, competition can only increase.

Incidentally, the Oppo N1 is another example of an above-average Chinese smartphone offering. It boasts an innovative swivelling camera on top of the chassis for both standard shooting and the inevitable selfies. Price? Well, the 5.9-inch 1080p phablet will knock you back a relatively benign £370.

It's not like there's limited choice when it comes to smartphones at the moment. So the outcome I'm hoping for is that companies like Apple, Samsung, HTC and Nokiasoft take this new challenge and rise to it. Competition can only be a good thing for us as consumers and, right now, the competition is coming from China.