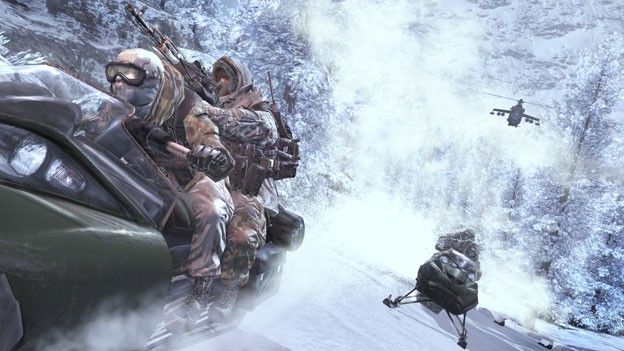 Call of Duty: Modern Warfare 4 has been in hiding for several years now with CoD: Black Ops and Ghosts both stealing the limelight.

Times have changed however and it looks as though Modern Warfare 3's developers Sledgehammer are back, launching the first Call of Duty game that will be specifically built for Xbox One and Sony PS4.

Whilst many expected MW4 to be the next game after Black Ops 2 it was in fact CoD: Ghosts that became the definitive game to launch on both current-gen consoles and the new next-gen hardware.

Of course the latest news comes courtesy of a YouTube video which confirms Modern Warfare 4 is real but well into its development cycle under the stewardship of Sledgehammer games.

The video comes courtesy of YouTube gaming veteran 'Drift0r' who claims to have been sent actual footage of MW4.

Originally known as Infinity Ward, Sledgehammer games will reportedly be handling the development of the new Modern Warfare game.

Using the leaked info on MW4 from 'Drift0r' it would appear as though MW4 is actually very near completion suggesting that Activision will be continuing its trend of launching a new CoD game every year with a MW4 release date slated as November 2014.

If you're already eagerly anticipating the next instalment of this money making goldmine then stick to T3 for all the latest news, trailers and screenshots as soon as there available.

Lead voice actor Billy Murray (not to be confused with the Ghostbusters star) seemed to inadvertently confirm the continuation of the Modern Warfare story arc by saying he was set to record lines for the part.

However he has since gone to say that his comments were taken out of context. Murray's character, Captain Price, has starred in all the Modern Warfare game so if he's back on board it seems confirmed that they are sticking to the Modern Warfare moniker.

One of the biggest pieces of info comes courtesy of that very same walkthrough video with 'Drift0r' describing the new MW4 as being set between 10-20 years in the future.

He goes on to describe the environment around him with implying that the new game will have a similar look and feel to the film 'Oblivion' with minimalist design and an emphasis on future technology.