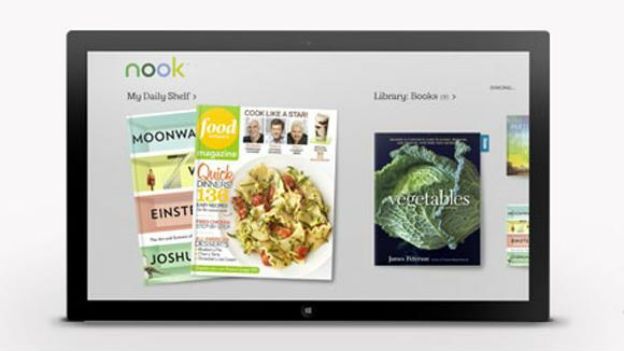 Barnes & Noble, the US book seller, has launched its eBook reader app for iOS and Android in the UK

Barnes & Noble, the US book seller and creaters of the Nook eReader has launched its own iOS and Android app to challenge the crown currently held by Amazon's own Kindle app.

Available on iPhone, iPad and Android, this free app allows access to over 2.5 million books, magazines and newspapers. It also offers a free 14-day trial to the Barnes & Noble Newsstand which, like Apple's namesake, offers subscriptions to digital editions of magazines.

The Nook family, already established across the pond in the States, has made the move to the UK market to compete head-to-head with Amazon's Kindle app. Although, given Amazon's two-year head start, it'll be interesting to see if B&N can sway all those eBook loving smartphone users.

Additional app features include Article View, which focuses on specific text, and Zoom View for concentrating on individual panels for comic reading.

Unfortunately, there has been no mention so far of a Windows Phone compatible version of the app.