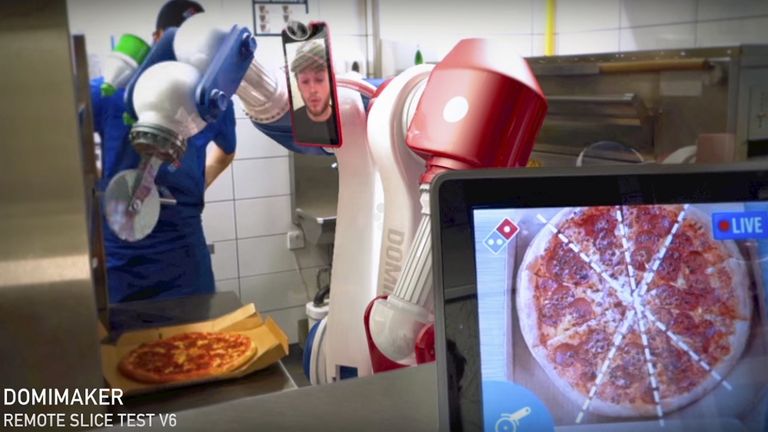 Welcome to T3's April Fools roundup - the very best and worst April Fools from the world of tech.

Be warned, a lot of them are quite substandard. We're updating this article at the moment as we get more in.

Google takes April Fool's Day seriously, and it's 'Mic Drop button' prank, which added a Minion GIF dropping a mic at the end of emails seemed quite funny and harmless. Little did the Big G know, there was a fatal error, because this Mic Drop button was activated by the 'Send and Archive' feature, which some people have turned on by default.

The end result? People were sending “I'm sorry for the loss of your daughter” or job application emails with a Minion GIF attached to the bottom.

Someone from Google was actually fired.

We like this. He's a funny guy. Maybe he'll invite us to his island?

Why isn't this a thing? Who wouldn't want to dress like Zucks? We want a Steve Jobs collection from TopShop next though. Then Bill Gates from Gap, that would sell the most, but it wouldn't be as stylish.

Are you pee-shy? Hate the idea of others hearing you go to the loo?

Bathstore has now solved the issue with the introduction of their 'Silent Loo' app. The settings on the app range from Tap and Shower, right up to Costa Rican River for use in more drastic situations. The Tsunami setting is strictly for emergency use only.

Fair play to Honda, at least it come up with an original idea – even if the thought of it brings a little sick into the mouth. Emoji number plates are, apparently, in demand by the younger driver.

“Honda's plans for emoji registration plates are in response to demand from younger car buyers across the UK, and initial talks are planned with the Driver & Vehicle Licensing Agency in an endeavour to exclusively launch the new plates in early 2017.”

Honda announced its 'pioneering plan' with the release of an emoji plate “including images of the Hinomaru 'circle of the sun' Japanese flag, symbolic of its roots as a Japanese automobile manufacturer, the red car and those first car keys.”

No doubt something with genuine appeal to the millions of dog-loving Brits, Olympus reckons it's going to slap a Dog Art Filter onto its next-gen digital cameras. Whoever was in charge of writing this one up really had a field day.

“Dog Filter is all about worry-free photography. Downloading the new Dog Filter firmware update will also update your Olympus camera's ability to withstand environmental challenges brought about by the presence of canines.

“Activating Dog Filter will render your camera slobberproof to a depth of 10 metres, wagproof to a height of 2.1m and dogstareproof to -10°C, ensuring your camera is ready for all the challenges presented by a canine subject.”

Compatible with all existing Olympus ZUIKO and M.Zuiko lenses

Personally, we think if there was one of these on the next OMD, it would sell bucketloads.

Almost a classic April Fool, this strikes the right level of plausibility whilst still being clearly impossible.

The marketing spiel - “This cutting-edge piece of technology gently activates proprietary sleep learning algorithms as users slumber”- is no more ridiculous than the average Kickstarter pitch, and the supposed quote from the CEO is quite cute, too: “We have enabled over 120 million people to learn a language in just 5 minutes every day… but then it struck me: what if we could bring that number down to 0?"

The killer touch, however, is the website, which is an absolute grade 1 parody of pseudo-scientific bollocks, complete with links to genuine research papers.

That elevates this Fool to the level of “actually pretty funny,” at least for me.

It's a Mini! But with “Instagram filter windows”! And a twin cassette player! And stonewashed denim upholstery! Someone summon me a corset salesman, for I fear my sides must surely split! Ooh, the lulz.

The website is quite well done, though, and while the feature set is a bit lazy (there's only one gear! Like on a fixie bike, like hipsters all ride!) some of the details are well observed, such as a choice of paint jobs that includes “Monochromatic Green”, which “blends shades including Wilted Kale and Vivid Chartreuse.”

Also cherishable: it's “Inspired by the kind of innovative thinking only found when you ignore the script and ask what those who refuse to be categorised want.”

Take that hipsters! Now get back to your repurposed, vintage, trans-friendly, pop-up artisan cereal cafes, with a vinyl record player in!

Apple puts out iPhone 5 with tarted up innards, calls it a new phone

“Perfect for all those smartphone zombies out there,” the i-Dodge is supposedly a slimline iPhone case that, by accessing your phone's camera and using it in partnership with a “patented light system”, allows said case to magically light up when it senses you are about to bump into someone on the street while head-down in your app of choice.

It was a pretty smart idea too to try and secret this April Fool within the bloated and crazy smartphone case market, as there are some really, really mad and bad products within it. However, the execution of the accompanying press imagery and video just kills it dead. The blatantly photoshopped diffused red glow around the case must have taken some intern about 12 seconds to apply, while the blurry, pieced together, 16-second long reveal video is just ridiculously amateurish.

Savezap attempts to tap into the recent up-trend in wearable tech by delivering a wristband that is “a first in wearable banking tech”.

The band supposedly works in conjunction with a partnering app, into which the user inputs key locations of overspending, so that whenever they go near said places, the band gives them an electric shock. Further, according to the official press information, “the shock will increase in intensity the closer the user gets to their spending hotspots.”

At least this time the bods responsible for the April Fool actually made prototypes of the fake wearable, and took a little time in creating some half-decent press shots. The concept of geo-tagged black spots also already exists, so the tech is at least half believable.

Where the Savezap falls down is, one, being at least a year late to the wearables buzz and, two, suggesting that a product would actually be cleared to shock humans.

A Pizza Making Robot from Dominos!

Do you hate the way your pizza arrives sometimes? Too much bacon and not enough olives? Well now you can make your own creation, just the way you like it, with Domimaker LIVE.

Liked this? Check out what it was like to drive the new Batmobile