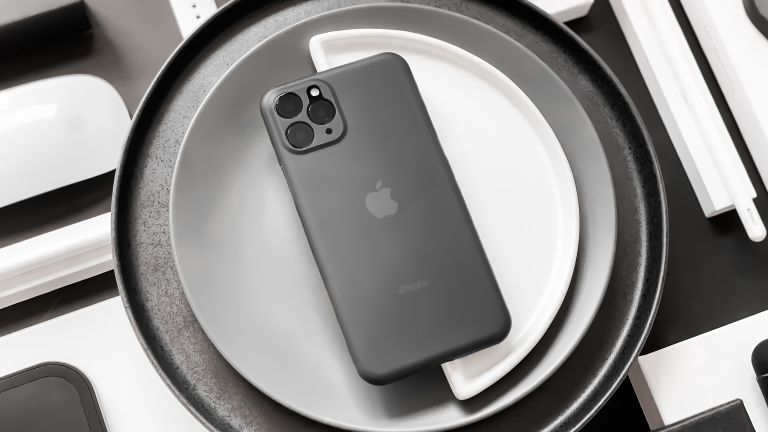 Apple will hold its annual September event on Tuesday September 10, 2019 where the company will announce the long-awaited successors to the iPhone XS, iPhone XS Max, and iPhone XR. The Californian company is also tipped to unveil an Apple Watch Series 5, waterproof AirPods 3, and a smaller HomePod smart speaker.

While little is known about the other products, we've had a deluge of information about the new iPhone models, widely-tipped to be called iPhone 11 (née iPhone 11R), and iPhone Pro, which will ship in 5.8-inch and 6.5-inch sizes – replacing the iPhone XS and iPhone XS branding in the line-up. This lines-up with the branding of the iPad, which is available in normal and Pro variants.

Days before the launch, T3 has been sent a number of images from accessory manufacturer Nood for its forthcoming portfolio of protective cases designed for the iPhone 11, and iPhone 11 Pro series. And the case imagery reveals a startlingly close look at the new Apple handsets which tallies with almost all of the rumours.

And in case you haven't been checking T3 for the latest whispers around the new iPhone religiously for the last six months – well, firstly, where have you been?! And secondly, here's a rough recap of what we expect...

The so-called Apple iPhone 11 Pro range will boast a controversial eye-spankingly large camera module to house three cameras and an LED dual-tone flash – the first time Apple has ever shipped a handset with this many cameras. The Cupertino-based company purportedly wants to bring an ultra-wide lens to the rear camera to enable a number of new functions, including the ability to include someone who was slightly out of frame in the photo taken by the primary wide-angle lens back into the shot, if they were captured by the ultra-wide camera.

The positioning of the three lens, which has led to the much maligned chunky camera bump will enable new Augmented Reality (AR) applications, sources say. It will function in the same way as the DepthVision camera system fitted to the back of the rival Samsung Galaxy Note 10+.

Meanwhile, iPhone 11 will inherit the camera system used on last year's flagships – a combination of a wide-angle lens and a telephoto to enable Portrait Mode shots with artificial, adjustable bokeh-style blur behind the subject, as well as 2x optical zoom. That suggests that Apple won't keep the iPhone XS and iPhone XS Max around at a lower price point following its September 10 event. The company typically keeps the previous model around at a slightly reduced price, making it a more affordable option for customers. This changed with the iPhone X, which was discontinued following the announcement of its predecessor, something Apple looks to repeat.

Elsewhere, people with knowledge of Apple's secretive plans claim the iPhone 11 Pro series will take a leaf from the Galaxy S10 and Huawei Mate 20 Pro playbook and let users wirelessly charge accessories (or friend's depleted handsets) by placing them on the back of the new iPhone. To give a little more breathing room to the big camera bump – as well as indicate where users need to place their AirPods on the back of the phone to get a charge – Apple is widely-tipped to shift the iconic fruit logo further down the back of the handset, to a more centralised position.

It's a look that takes some getting used to... but certainly makes sense, especially after using the Galaxy S10 Plus earlier this year and blindly trying to find the exact spot on the uniform glass case to position Galaxy Buds to get a charge.

There is some contention around whether Apple will include the "iPhone" brand name on the new handsets, or whether this will be dropped. It's included on the protective cases in these images but that could be a decision by Nood, rather than a reflection of what the flagship smartphone underneath will actually look like.

Sources also claim a wired fast-charger will also be bundled in the box, Face ID will be upgraded so that it works in a landscape orientation (like the new iPad Pro), a replacement for 3D Touch will be included, as well as some flashy new colours for the iPhone 11, which aren't mirrored in these new images.

Leaked benchmarking tests suggest the new iPhone 11 will be powerful, although not as much of a monstrous upgrade in raw power as last year. With the ability to charge other gadgets from your iPhone, it seems like Apple will focus on efficiency and battery life this time around, especially since the iPhone consistently tops Android-powered handsets with three times as much RAM.

Also, it's worth noting that the operating system that'll ship with the next round of iPhone hardware, iOS 13, will offer a number of performance boosts on its own, making the smartphones faster regardless of the silicon inside.

Thankfully, there's not long to wait until we know exactly what Apple is thinking. The company will hold its hotly-anticipated media event next week in the Steve Jobs Theatre on its spaceship headquarters in Cupertino, California. It will also be the last event with Sir Jony Ive serving as the Chief Design Officer for the firm.