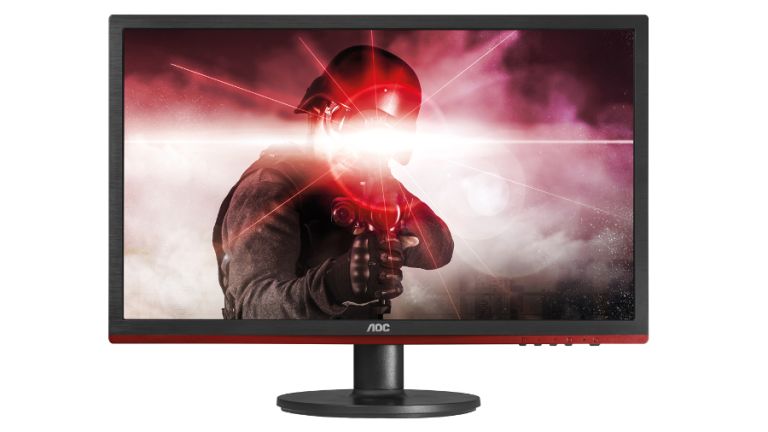 AOC has announced a pair of FreeSync-enabled monitors designed to make gaming easier on the eyes.

Both the AOC G2260VWQ6 and G2460VQ6, which are 21.5-inch and 24-inch monitors respectively, feature technology that reduces potentially harmful short-wavelength blue light waves.

These 'anti-blue light' measures cut said dangerous light waves by over 90%, but because the monitor does this by shifting the wavelength peak of the blue light instead of simply blocking it out or filtering, the on-screen colours are unaffected, and there's no loss in image quality. So AOC's boffins claim anyway.

The end result is a display that is much friendlier to your eyes, and these monitors also boast Flicker-free tech to reduce any flickering which is also fatiguing to those peepers.

AMD's FreeSync, which aims to reduce stutter and tearing for a smoother gaming experience, coupled with a claimed 1ms response time also means that these displays should game pretty fluidly.

Around the back you'll find the expected array of ports, namely D-Sub, HDMI, and a DisplayPort. Brightness is rated at 250 cd/m2, with a contrast ratio of 1000:1, and dynamic contrast of 20m:1 in the case of the smaller monitor, and 80m:1 for the larger display.

Both these monitors run a resolution of 1920 x 1080 at 60Hz, and are priced to ensure that not only will damage to your retinas be avoided, but also your wallet.

Like this? Then check out: Samsung teases monitor with built-in wireless charger