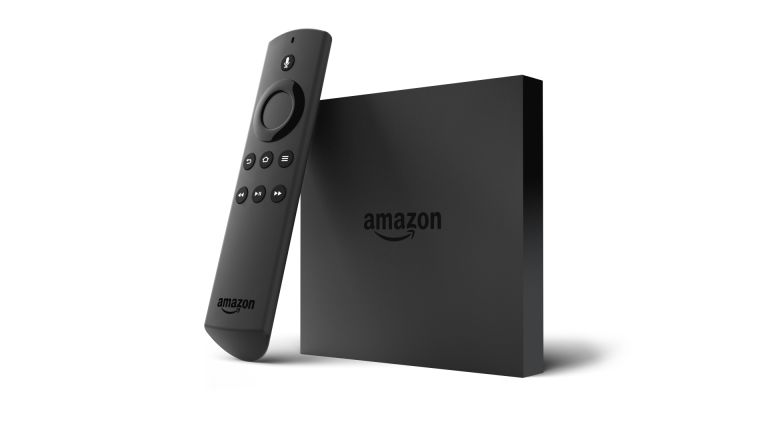 The new 4K Fire TV will stick to the same price point, just £80, but will provide access to the latest Ultra HD content from both Amazon Prime Instant Video and streaming rivals, Netflix.

The new Amazon Fire TV is available for pre-order today and will start shipping on October 5.

It's also prepping a new Fire TV Stick too, bundling it with the Voice Remote to give Siri a run for her money on the Apple TV side. And that's going to be a £45 device shipping a little later than the new 4K Fire TV on October 22.

The new Amazon Fire TV though is going to be the only one of the two able to rock the latest Ultra HD content, however thin on the ground that might be right now. That's definitely a feather in its cap with the new Apple TV still only capable of coping with a Full HD 1080p stream.

Amazon is also claiming it's the UK's only 4K Ultra HD streaming media player. That may be true, but with Nvidia's SHIELD box set to arrive very soon it's not going to be on its own for long. It will, however, remain the best value - at just £80 the new Amazon Fire TV could be the cheapest way to get 4K content onto the 4K TVs out there without access to the latest versions of Amazon Video or Netflix apps.

“The team has packed an incredible amount of technology and innovation into a tiny package,” said Jeff Bezos, Amazon.com Founder and CEO. “The new Fire TV includes 4K support, more processing power, great selection, and exclusive features—for less than £80. The Fire TV Stick with Voice Remote brings voice search for less than £45. These are powerful devices at incredible prices.”

The inclusion of an HEVC encoder in the new Fire TV does though also do good things for non-4K content too. With the Amazon Video app the new device will use the H265 codec to practically halve the bandwidth necessary to stream 1080p content.

That ought to mean more folk than before will be able to enjoy high definition content as it's not going to be quite so tough on your connection.