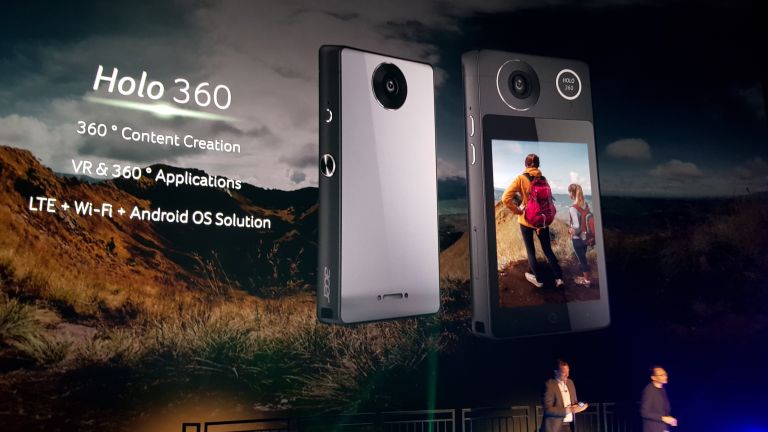 Acer's new Halo 360 camera not only features Wi-Fi and Android, but there's also 4G for instant uploading of 360 video to social services. Details on the devices are fairly sketchy, but expect a phone-like Android experience with support for all your favourite social apps including Instagram, Facebook and Twitter.

Acer also revealed a new wearable -  the Leap Ware - which it referred to as a smartwatch. It'll send you notifications and enable you to control music but is effectively a fitness watch with heart rate and stamina tracking as being able to warn you when you are fatigued or stressed. There's also a habit building app so you can work towards your goals.

The new device has between three and five days of battery life and a 1.1-inch circular colour display. It features an Acer-developed OS.