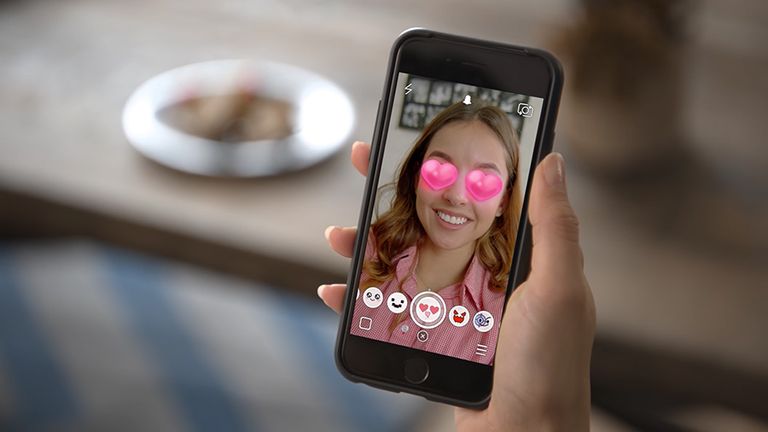 While everyone's parents (and grandparents) clog up Facebook feeds, the kids are all messing around on Snapchat, and there's no better indication of the social app's rising popularity than the way Facebook and Instagram keep trying to borrow features from it.

The basic functionality of Snapchat remains the same as ever - disappearing photos and videos you send to your friends - but there are now plenty of other features and tools available inside the app. Here's how you can take your Snapchatting to the next level.

1. Save your photos forever

Snapchat is based around the idea of the ephemeral but a new Memories feature lets you hold on to your precious pictures and movie clips if you really want to. You can find it by heading to settings (tap the ghost icon on the camera screen then the cog icon), then choosing Memories from the list.

You'll see the option to save your snaps to the Memories part of Snapchat as well as your device. If you want to share a picture you've previously saved again, tap the circle button underneath the main shutter button on the camera screen.

2. Save (or clear out) your conversations

Snapchat can do a job as a rudimentary chat app - swipe right on the camera screen to start a conversation with someone. Like movies and photos, messages vanish as soon as they're seen by the recipient.

To save an important message (whether it's a heartfelt confession or the address of a restaurant), press and hold on it to keep it (it will also be saved in your friend's app). Press and hold again to unsave it.

If you want to clear all or some of your current conversations in one go, go to the settings screen, then tap Clear Conversations.

You probably know you can add filters on top of your photos and videos with a swipe, but you can also build up several filters at once if you need to.

The trick is to add your first filter, then press and hold one finger on the screen before swiping again with another finger - you should then be able to cycle through the available filters again until you find something you like the look of.

There are various filters you can't combine because of their type or position on the screen but in some cases you can add more than two.

4. Add new friends who are nearby

Snapchat has an option to add new friends who are nearby, though it's pretty well hidden: from the camera screen tap the ghost icon then tap Add Friends. On the subsequent screen choose Add Nearby from the list.

You can't just start adding people at random, because the other users also need to have the Add Nearby page open at the same time, but if you need to add a bunch of people at once (at your next birthday party say) then this is a quick way to do it.

As you've no doubt already noticed during your Snapchatting adventures, you can switch between front and back cameras by tapping on the switch icon in the top right corner of the camera screen, but there is another way that's sometimes more convenient - just double-tap on the screen.

The most useful way to take advantage of this is probably when recording video, though the original switch button still says visible. Without stopping the clip you can double-tap with a spare finger to flip from one camera to the other - maybe if you want to record a reaction to what's happening.

6. Work out what all those emojis mean

Next to some of the friends in your Snapchat list you'll see small emojis, but don't panic if you don't know what these mean: head to settings, then tap Manage Preferences and Friend emojis for a full rundown.

You can even change these little pictures if you like - tap on any of the entries to pick something new to represent the same status.

These emojis give you a little more insight into your friends list, signifying everything from who you're "best friends" with on the app to the people you've been sending multiple snaps to over the past 24 hours.

Like a lot of apps these days, Snapchat has a beta program you can join, though it's only available on Android.

Sign up through the settings screen and you get new and experimental features before anyone else. We can't vouch for exactly what they'll be at the time you're reading this but there's likely to be something cool worth trying out. The only downside is you might come across the occasional crash or software bug.

It's free to join, you can opt out at any time, and it's worth a look if you're a serious Snapchatter who wants to see upcoming app upgrades first.