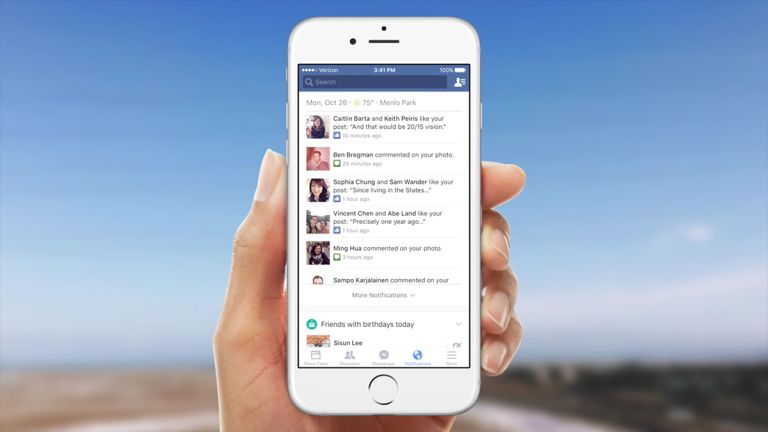 While it might be tempting to add everyone you've ever spoken more than two words to as friends on Facebook, the reality is that your News Feed is crowded enough already - do you really need to be connected to hundreds of friends on social media?

The turn of the year is a good a time as any to cull some of your connections, and to help make the task a little bit easier, we've come up with a list of ten types of contact that you might want to consider erasing: chances are, they might not even notice you've gone.

Usually a phone addict, job seeker, student or someone who works at an office with very lax IT policies, oversharers tend to use Facebook to post almost anything that crosses their mind or laptop display - behaviour that's a lot more suited to Twitter or Snapchat. If some of your very good friends are chronic oversharers then you can always hide them from the News Feed rather than unfriending them.

Not sharing enough on Facebook is almost as bad as sharing too much: what's the point in having an account if you're only going to check in twice a year and consistently miss all the messages, event invitations and photo tags sent in your direction? If you find it hard to remember whether someone has a Facebook account or not, it might be time for you to cut him or her loose, social network-wise.

3. The brief acquaintance from 10 years ago

If you wouldn't acknowledge someone when passing them on the street then that's a surefire sign that they don't really belong in your News Feed - adding acquaintances on Facebook is all well and good, but friendships tend to ebb and flow on a daily basis and there's no point keeping someone around on social media whom you never see, never talk to and can't remember anything significant about.

Many of us tend to check into Facebook to enjoy a few minutes of stress-free diversion rather than to get engaged in an earnest debate on the issues of the day, and while there's a place for airing political, religious and sporting views, Facebook isn't really it - unless you really do want to see your News Feed dominated by the fallout from the latest "big match" or the current government's education policy.

Most of the time families are great, aren't they? You just don't necessarily want any of your relatives as your Facebook friends. Perhaps eventually Mark Zuckerberg and his engineers will get around to building a Facebook spin-off for families, filled with innocuous small talk, photos of pets and holidays, and everything else that you and your relatives get around to talking about when you meet up in real life.

Back in the days before social media, some people (who we shan't name here) used to spend time forwarding hilarious jokes and pictures via email. Nowadays, it's much easier to just stick a link up on Facebook. If you're not getting anything from someone's Facebook feed except the very latest Tumblr memes and the videos currently going viral on YouTube, then perhaps it's time to cut the connection.

Some Facebookers have taken to piping in updates from Twitter, Instagram and even Snapchat - if you're seeing everything they're posting twice in your daily social media browsing then there's not really much point keeping them around on Facebook, is there? On the other hand, if you're not using these other smaller networks as well, then it's a handy way of keeping everything in one place.

Perhaps you're tempted to stay Facebook friends with your exes in the spirit of "no hard feelings", but there's little to gain and a lot to lose by having them hanging around in your News Feed - particularly if the next person they get together with is better looking, richer and funnier than you are. Don't do it to yourself: wish them all the best, click the Unfriend button and move on.

There's a lot to respect about putting in the hard work with a gym session or a lap around the park, but is your personal best time and a map of your route really worth sharing with all of your contacts on Facebook? Unfortunately many fitness tracking apps use Facebook as a login mechanism so stats get posted up automatically - if there are people doing this to your News Feed too often, it might be time to ditch them.

So you met so-on-so on the ski slopes or the beach or while backpacking around Asia and promised to keep in touch - adding each other as Facebook friends is the easiest way to do that, but unless you live in the same vague geographical area or actually turn out to be soulmates there's not much chance of you ever meeting up again... and in the end Facebook is no substitute for a real friendship.