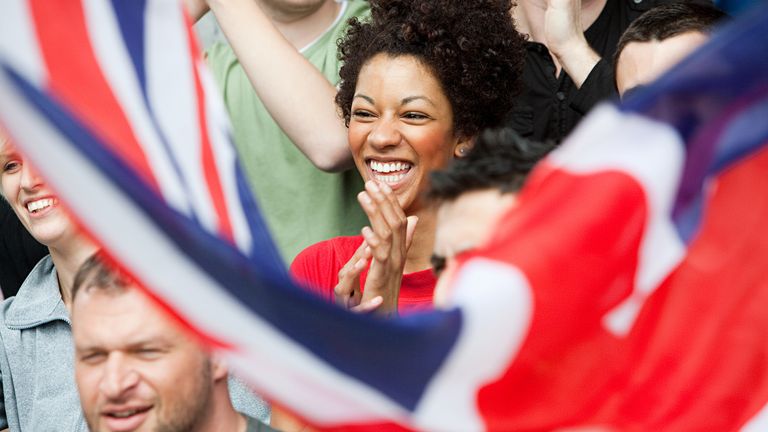 The World Cup 2018 has been both shot and broadcast in 4K UHD – the highest quality ever. That means watching the games at home on the big screen has been almost as good as the real thing. Especially if you take into account the unexpected expense of not going home after the second round, if you're English, watching at home is certainly cheaper.

Now we're into the semi final stage, with England playing Croatia at 7pm on Wednesday July 11, with Belgium having just lost to France. The World Cup final is Sunday at 4pm and can be seen in native 4K UHD, courtesy of the BBC.

FIFA announced some time ago that the World Cup 2018 will be recorded and distributed in 4K UHD and HDR quality, and then the BBC popped up with a last minute goal: it's going to be broadcasting in 4K. That puts them among a select few international broadcasters including, inevitably the Germans, who probably planned it for more painstakingly, then did it much better.

All 64 matches will be shot with 37 cameras – eight with UHD and HDR plus eight with 1080p and HDR. There will also be eight additional slow motion cameras, a cable-cam and cineflex helicam. All that will mean the maximum amount of choice for broadcasters when airing the games.

Note that while the World Cup games are being split between ITV and BBC, who share the rights to all the various games, ITV has never shown any interest in 4K UHD or HDR and will be broadcasting only in HD, usually 1080i. Thank heavens for 'Aunty' Beeb, then. Just like a real auntie, she does all sorts of lovely things for you, long as you bung her some money every year because otherwise you might go to jail.

The England v Croatia match will be broadcast in HD by ITV, but if you have a 4K TV, it will have a stab at upscaling it (See the section below for details).

The World Cup final will be shown on the BBC at  4pm on Sunday 15th July in “real” 4K, giving superior visuals. Read on to learn how to get a 4K stream of those matches from the BBC.

• Item one: sorry if this is stating the obvious, but you'll need a 4K TV. If your 4K TV doesn't have the most up-to-date version of iPlayer on board as an app, you'll need a compatible external device such as a Roku Streaming Stick+ or Sony PlayStation 4 Pro. Virgin V6 box owners can also gain access. Apple TV and Amazon 4K Fire streamers cannot.

The BBC streams 4K UHD and HDR – before the World Cup, this amounted to Blue Planet II and a few rugby games and some posh peoples' wedding, which were used to test the system.

The BBC uses its own format of HDR called HLG, developed in collaboration with Japan's NHK. This is a version of HDR developed specifically for being broadcast or streamed live, rather than downloaded or encoded on a Blu-ray. As with all forms of HDR, it means a better range of contrast and eye-popping colours.

It's worth noting that because the HLG HDR is being decoded on the fly at the World Cup, unlike on Blue Planet II, the effect is somewhat less impressive visually, although pretty staggering technically, when you think about it.

• The good news here is that HLG is compatible with any 4K TV, so you won't need to pore through your manual to check.

As you'd imagine, this is not straightforward, but fear not as we have assembled a handy guide to what is required to stream World Cup games in 4K from the BBC.

You'll need to go in to the iPlayer app in a timely fashion and grab a 4K stream before they're all taken. We're not hearing widespread tales of disappointed UHD lovers however, so perhaps supply is meeting demand.

• A complaint we have heard is that PS Pro attempts to run the BBC's 50Hz feed at its own favoured 60Hz, which could well give a few image issues. It'll still look better than HD though.

Watch the World Cup 2018 4K and HDR by upscaling

The England v Croatia World Cup semi-final will be shown at 7pm on ITV. ITV will also join the BBC in showing the final. Neither match will be shown in 4K by ITV, but your UHD TV can still help you out.

All 4K and HDR TVs are able to upscale the source of the picture to offer the best possible quality that the TV can output, despite a less than perfect source. And the better and newer your TV is, the better it will carry out this 'upscaling'.

So even with a 1080p Full HD feed, minus HDR, as is the current setup for HD TV from BBC and ITV, many TVs can enhance that picture.

One TV that will offer upscaling smarts and HLG support, should BBC end up airing the games in high-quality, is the 65-inch Samsung UE65NU8500 Curved Smart 4K HDR TV which, at £2,199, packs in Samsung’s latest imaging smarts as well.

What is 4K upscaling and how does it work?

TV’s from the likes of Samsung, LG, Sony, Panasonic and more have 4K upscaling smarts built in. This means that can take a 1080p Full HD feed and make it work on the higher resolution 4K display.

4K TVs have about eight million pixels while HD TVs top out at nearer two million. That gap means there is more space to fill on a higher resolution screen using an inferior quality feed. So the smart TV will essentially fill in the gaps using pixels that it thinks should be there to top up those two million to eight million.

Imagine stretching a picture out by every pixel, you’d still recognise the image only with lots of white space dotted about. As such you could probably see which colour needs to be extended to meet the next pixel. That’s essentially what the TV does.

So, while native 4K can have more detail, an upscaled 4K image will give you a large and pixelation free picture only with less detail. The upscaler also does smart things like applying contrast and sharpening in the right amounts to get the best end result.

All that means that if you opt for a more expensive TV brand, with more experience working on the software side of things, you’ll get a better upscaled picture result.

So the high-end Sony, as an image manipulation expert with its photography and TV branches, like the KD55XF8096BU, at £1,199 should give you a great finished picture of the match no matter that the feed.

This article is brought to you in association with AO.com, which is currently offering up to £300 cashback when you buy a large screen TV.