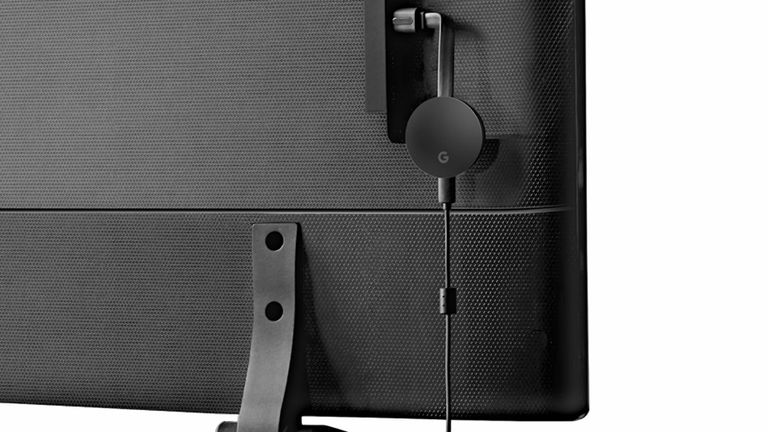 The Google Chromecast seemed like an unassuming little device when it arrived in 2013, but in the years since it's transformed the way a lot of us watch movies and shows – making it easy to get content up on any big screen with Wi-Fi and HDMI connections.

Besides the Chromecast dongles themselves, many more devices have Chromecast capabilities, and so we're here to round up the very best Chromecast devices for 2019. You don't need to squint to watch your videos on a small phone screen any longer.

When you're shopping for the best Chromecast device, you're getting the same basic functionality in every bit of hardware you're looking at, so the main comparison points are going to be in two other areas: price and extra functions.

Of course you need to stick within your budget, and thankfully Chromecast devices cover a wide range of price points. You don't have to spend a lot – but you can, if you want to.

As for those extra functions, again there's plenty of choice. You can have a smart display or an entire TV wrapped around the basic Chromecast capabilities, so take your pick. It's going to depend on the devices you've already got set up at home.

The best Chromecast device for most people

+4K resolution support+Small and simple to use

If you're just after a Chromecast dongle, then the Chromecast Ultra is the best Chromecast device of 2019 for you. It costs a little more than the basic version, but it comes with 4K video support for the apps that use it (including Netflix, Google Play Movies & TV and Plex).

On top of that the Chromecast Ultra also offers wired internet connection capabilities via a separate dongle (which will cost you extra). If you want the fastest and most reliable web link and can hook this up to your router via an Ethernet cable, it's well worth considering.

The best Chromecast device for those on a budget

We're now up to the 3rd-gen Chromecast device, but the basics are the same: the ability to cast audio and video content over to a big TV from dozens and dozens of apps across Android and iOS. This unit performs just a little faster than the 2nd-gen one, though.

Don't forget these dinky Chromecast dongles are also able to mirror screens from Android devices (through the Google Home app) and work with Google Home speakers too (so you can say "hey Google, start playing The Crown on the bedroom Chromecast" for example).

The best Chromecast device for a full set-top box experience

The Nvidia Shield TV has long been the best set-top box for Android TV fans, bringing a wealth of apps and a big screen experience to any television set with a HDMI port. As an Android TV box, it has Chromecast capabilities built right in, and they're a breeze to use.

As well as Chromecasting, the box can access Nvidia's GeForce Now game streaming platform, act as a Plex server, stream games from a PC on the local network, give you full access to Google Assistant, act as a smart home hub for compatible devices, and more.

The best Chromecast device for a smaller screen

The Lenovo Smart Display is slightly different in that you can cast stuff to it rather than cast stuff from it. If you want an 8-inch or 10-inch screen you can put anywhere in the house (two sizes are available), it's an appealing alternative to buying another television set.

As well as being a Chromecast, the Lenovo Smart Display doubles up as a Google Home speaker. You can ask Google Assistant just about anything, control your smart home devices, set timers and alarms, see the weather forecast (on the display), and so on.

The best Chromecast device if you also need a TV

Any TV that runs Android TV is also a Chromecast, and Sony Bravia sets are the biggest brand with Android TV on board. You've got a wealth of options to pick from, but we really like the 55-inch AF9 model we've mentioned here, even if it'll cost you a lot of money.

You get plenty for your cash, besides Android TV and Chromecast capabilities: a gorgeous OLED panel, support for HDR, Dolby Vision and 4K Ultra HD, a high-precision audio system, a stunning minimal design, and built-in Freeview HD with YouView support on top too.

The best Chromecast device for a cheaper TV

Not everyone will want to pay as much as the Bravia KD55AF9BU costs, so consider this 43-inch beauty at a lower price point as well. You still get support for 4K Ultra HD and HDR, so you know content is going to look its best, and the four HDMI ports don't hurt either.

The understated design is going to fit right in to just about every living room too, and Freeview HD and YouView are included. Every TV set with Android TV is the same on the software side though, so do some shopping around to see which sets catch your eye.