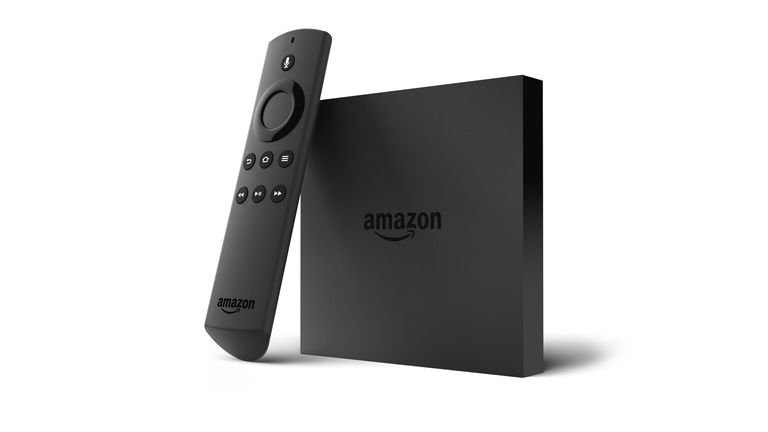 Yesterday Amazon announced the latest updates to its range of flaming peripherals, including the new Fire TV with its funky new 4K functionality.

But how much credence should be given over to Ultra HD media streamers though in a world where our televisions, and most especially our high-end UHD TVs, are getting ever smarter?

Initially my reaction to the Fire TV's new 4K prowess was rather negative.

Most of the 4K TVs I've seen, or that have passed across our test benches, have been relatively high-end options - with decent smart TV chops - with the Amazon and Netflix UHD apps pre-loaded into them.

The cheaper 4K Ultra HD televisions around at the moment, which don't have those applications already accessible via whatever smarts they're rocking (if any…), are also unlikely to come with the advanced video connections necessary for a UHD input from either a 4K media streamer, like the Amazon Fire TV or Nvidia Shield, or one of the upcoming Ultra HD Blu-ray players.

The new Amazon Fire TV needs to output via an HDMI 2.0 / HDCP 2.2 connection to your Ultra HD TV in order for it to spit UHD video out onto the connected screen.

And there are a whole lot of cheap TVs boasting of their 4K credentials without actually having the necessary inputs to make good on that promise.

Sure, their panels are able to display a PC output or show off high-resolution digital photographs at 3840 x 2160, but when it comes to copy protected content from the likes of Amazon, Netflix or UHD Blu-rays they're going to come unstuck.

And that had me really questioning what the point was in such 4K media streamers.

Surely the traditional media streaming boxes were only ever really a stop-gap measure to make your dumb TV a shade smarter - where the NOW TV and independent Roku boxes shine - and with smart TVs gaining ever more prevalence obsolescence surely beckons, right?

But that's not likely to be the way it's going to shake out.

The people spending a few thousand pounds, and up, on their new Ultra HD television aren't the demographic for the UHD streamer, those folk are well catered for by their TVs for UHD content.

Well...as well catered as anyone can be given the current dearth of Ultra HD video.

But the cheap Chinese Ultra HD televisions are getting more advanced, to the point where we're seeing £300-odd UHD TVs turning up with the necessary connections, saving money by not licensing or developing smart TV functionality for them.

This new generation of affordable, but dumb, 4K screens are the perfect foil for the Ultra HD performance of the new Fire TV. For just an extra £80 you can make that ignorant UHD panel into a much smarter, connected device.

Moving forward then these more capable, lower-end UHD TVs, coupled with an Ultra HD streamer, will help bring the high-resolution into the mainstream and push forward the adoption of the UHD standard for the likes of Sky and the BBC.

Time for a bit of consumer advice here...if you're buying an Ultra HD TV make sure it's got at least one HDCP 2.2 connection on it.

Spare a thought for the poor people who didn't check into the HDCP 2.2 compatibility of their bargain-basement 4K UHD TVs. They're going to be very disappointed to find themselves in a future where Ultra HD content is rife, but with no way to get it onto their televisions.

BT has already got a set top box they can't use, Amazon and Nvidia are releasing media streamers that won't hook up in full Ultra HD and UHD Blu-rays might as well be laser discs for all the good it'll do them.

Those cheap ol' 4K-ers will be as idle as a painted TV. In a painted living room. 4K, 4K, everywhere nor any content to view.