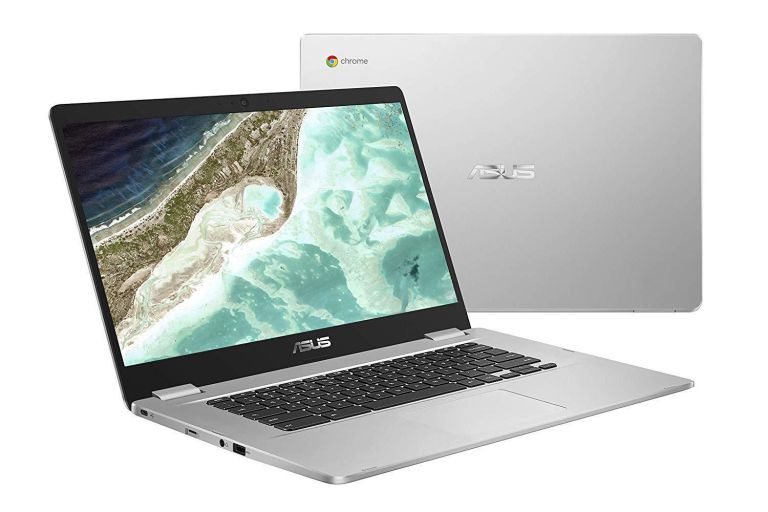 The ASUS Chromebook C523 is a great touch-screen alternative to a MacBook or a Windows 10 laptop. Is this the laptop for you, though? The following guide will walk you through the system's hardware and features, as well as making recommendations as to who we think should buy it.

How fast is the ASUS Chromebook C523?

It’s very fast, because it runs Google’s super-slim, super-speedy ChromeOS. The processor is a 2.5GHz Intel Pentium N4200 with 4GB of RAM and 64GB of speedy storage. That doesn’t sound like much, but Chromebooks are designed to live in the cloud: you don’t need tons of local storage because Google (or other cloud services) stores everything for you.

How big is the display on the ASUS Chromebook C523? What’s the design like?

It’s a very Apple-ish design, with a silver case, a black keyboard and a black bezel around the display. It looks an awful lot more expensive than it is.

What connections does the ASUS Chromebook C523 have?

There isn’t really one: it’s a very good price for a very good laptop. If we wanted to moan we’d say that the speakers aren’t brilliant and point out that the keyboard doesn’t light up like Apple ones do. But Apple laptops cost a lot more.

Who should buy the ASUS Chromebook C523?

If you’re always online then this is a really good device for a really good price: the touchscreen means that as well as a useful laptop, it also feels like a big tablet – ideal for kicking back and watching movies.

If you’re not a fan of doing stuff in the cloud, or if you’re used to Macs or Windows PCs and want to stick with the operating system you’re used to, a Chromebook isn’t for you: Chrome feels more like Android than a traditional PC, and it’s aimed specifically at people who are quite happy to work in Google Docs or Office Online and leave their stuff stored on faraway servers. It’s for students and coffee shop workers and road warriors, people who always know where the Wi-Fi is, and its simplicity means it’s also a good choice for people who aren’t very technical.