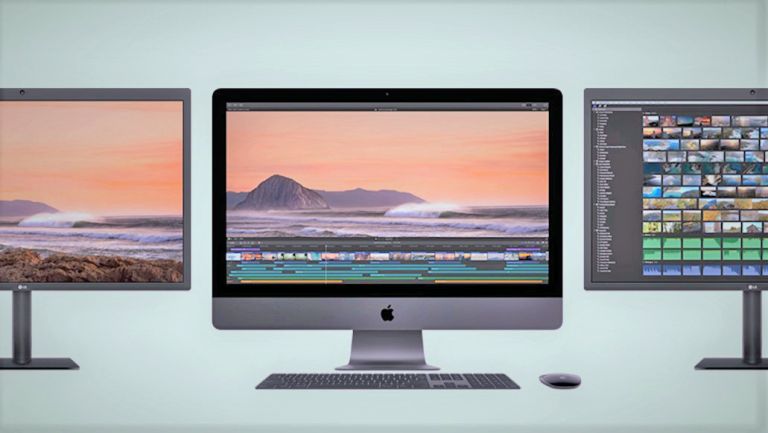 Apple first teased the new 27-inch 5K iMac Pro back in June 2017 at WWDC, and in an exclusive interview with T3.com, Phil Schiller, Apple’s senior vice president of worldwide marketing confirmed that the iMac Pro release date would be in "a matter of days".

And now the iMac Pro is with us and is available to buy featuring workstation-level Intel Xeon processors with up to 18-cores. There's also up to 22 Teraflops of graphics performance (wowee) thanks to AMD's awesome Radeon Pro Vega GPUs with up to 16GB of video memory.

Apple says that the iMac Pro is "packed with the most staggeringly powerful collection of workstation-class graphics, processors, storage, memory, and I/O of any Mac ever".

Apple says that video editors will be able to simultaneously edit up to eight streams of 4K video, or edit 4.5K RED RAW video and 8K video at full resolution in real time.

It also supports up to 4TB of SSD and up to 128GB of ECC RAM memory, and with four Thunderbolt 3 ports it can connect to up to two high-performance RAID arrays and two 5K displays at the same time. There's also 10Gbps Ethernet for up to 10 times faster networking.

Additionally, there will be new space grey accessories available for the iMac Pro: the new Magic Keyboard, which will include a numeric keypad, the Magic Mouse 2 and Magic Trackpad 2.