Anyone out there searching for a new video game to keep them entertained over the upcoming Christmas break need look no further. Marvel's Guardians of the Galaxy has swiftly turned into one of my biggest surprises of the year, making it one of the best ways to spend your time during the holidays. Its use of comedy and striking 80s style visuals all feel very reminiscent of the James Gunn MCU films, nonetheless, it stands on its own admirably,

Set in its own universe, the touching narrative picks right up with an already established Guardians of the Galaxy on their latest mission to get rich quick. I'm a superhero nut, so the game instantly had my attention upon announcement. That said, early previews were a little worrying, so I went in with expectations reasonably low. Within the first 20 minutes, any concerns vanished.

Marvel's Guardians of the Galaxy puts you in the shoes of Peter Quill / Star-Lord with the rest of the crew following your lead... for the most part. You see, any decisions you make can impact the story and your relationship with the team, creating a fascinating dynamic from start to finish.

One of my personal favourite things about the game is its laidback approach in between main missions. Specifically, the Milano (named after Peter Quill's childhood crush of Alyssa Milano) and how authentic it feels. There's a homely sense to each part of the ship. Each Guardian has their own room, giving you a window into their personalities and how they spend their free time. It feels lived in – and you're a part of that from the off.

That in its self is the best thing about the ragtag group of superheroes; the relationships you share with them all. You care when Drax makes a harsh comment about Rocket, or if you decide to ignore Gamora's advice, instead choosing to go your own way. As Star-Lord, you are the leader. As he learns, you learn. It's everything I wanted from a Guardians game. Just pure nonsense about a bunch of misfits trying to make their way through the galaxy.

If you are still on the fence about picking up Marvel's Guardians of the Galaxy (opens in new tab) then make sure to check out our roundup of critics reviews. Honestly, admission alone is worth it for any moment you 'Huddle Up' the Guardians and then instantly explode into action with Rick Astley's Never Gonna Give You Up playing in the backdrop. 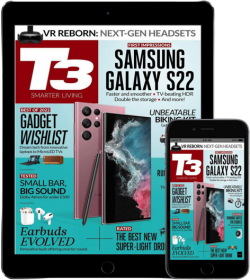 Matthew is the former Staff Writer for T3, covering news and keeping up with everything games, entertainment, and all manner of tech. You can find his work across numerous sites across the web, including TechRadar, IGN, GamesRadar, Tom's Guide, Fandom, NME, and more. In his spare time, Matthew is an avid cinema-goer, keen runner and average golfer (at best). You can follow him @MattPoskitt64