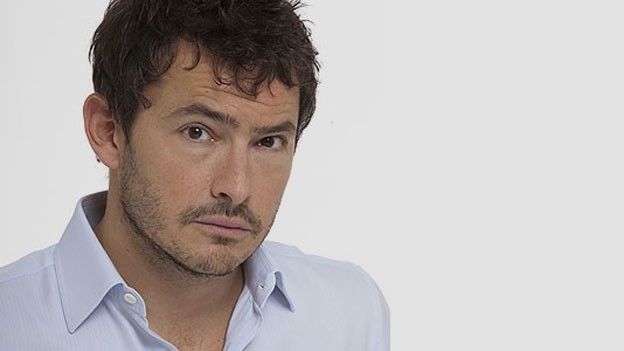 He objects to TV in the bedroom but even Coren will make an exception for a cutting-edge 3D TV and Blu-ray. Here's the latest exciting installment in Coren's adventures in tech...

There's only one hard and fast rule in my marriage (at my great age it is the only thing anywhere in my life that is hard or fast) and that is: no telly in the bedroom!

I don't mind a television in the television room (it would be a pretty pointless room without it) and I don't mind one in the kitchen, as long as my wife, Esther, uses it only for following recipes on cookery shows that result in me getting a hot dinner. And if she wants one in her study that's fine too. I've even got one in the car – though I've never worked out how to switch it on. But not in the bedroom.

The bedroom is for quiet. It's for reading before bed. It's for sleeping. It's for sex. It's not for watching Judge bloody Judy in one's dressing gown all day, with a big box of chocolates, and shouting “Send the bastard down!” Or drooling over a blonde whoopsie in a waistcoat called “The Mentalist” (her current favourite – though he isn't even remotely mental, not by my standards) while getting fat from inactivity.

But then I'm offered this 3D television with a 3D blu-ray player. Awesome kit. Nobody, but nobody, has this yet. I've never been the first person in town to own a piece of new technology. I've only just got my first fax machine. Obviously, I told them to send it round. This would be like being the only guy in London with a telly in 1953, when 6 million people went round to the one bloke's house to watch the Coronation.

And the only space for it was in the bedroom. So we rigged it up, plugged it in, and got into bed. Esther was beside herself with glee. We put on the stupid giant glasses and switched them on. We looked like the Two Ronnies. We'll never have sex again.

All we had to watch, though, was the demonstration disc. Dull content, but unbelievable experience. There was five minutes of football on it – the ball was positively leaping out at us into the bed. At one point there was a corner and, I swear, I went up to head it, elbowing Esther out of the way.

As the camera swung round we were watching it form the touchline one minute, then sprinting down the pitch with players all around us. In a car chase scene we both, instinctively threw our hands up in front of our face – sitting there in our pyjamas in the dark bedroom – as a vehicle crashed and spun up in the air towards us.

It was pure dynamite. Believe me, it changes everything. This is how it will be in the future. This is all we will do. This is the beginning of hologram tv, the segue into total visual involvement. This is very dangerous. This I really do not want in my bedroom.

“This is unbelievable,” said Esther. “We're keeping this right here!”

“In the bedroom,” she said.