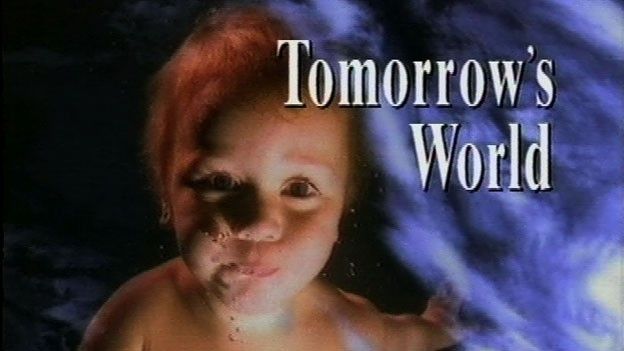 Aired from 1965 to 2003, Tomorrow's World showcased new developments in science and technology on the BBC. It regularly predicted the future correctly, despite an approach that was, shall we say, a little rough and ready…

An industrial consultant in Highgate got Europe's first PC: a colossal electric typewriter that could handle a year's worth of shopping lists, recall your bank balance, do sums or spout out the current state of the stock market, all for
“only” £30 per week – about £380 today.

Ah, a time when plastic was considered exciting, Rather than an ugly symbol of the non-recycling society. Polypropylene gardens needed only a vacuum cleaner and some polish to maintain, and you could add plastic worms and birds, too.

TW introduced the concept of a cashless society with a primitive version of today's chip and PIN. This involved dialling a phone number, whence a sultry automated voice would confirm your transaction. This would help people like the hapless boob in TW's clip, shown being denied a bottle of booze at a cash-only off-licence, before getting stuck in an endless bank queue.

Want to replace your receptionist? BJ39 – no, we don't know why it's called that either – could be the answer. It was a motorised cabinet with telephone, camera, a screen for playing back video messages and… erm, trays and things. TW claimed it was able to roll around the office running errands. Yeah, sure it was.

German electronic music pioneers Kraftwerk Turned up on TW in September 1975, showing off their arsenal of then-cutting-edge synthesizers. A concluding voiceover claimed the band soon intended to ditch their keyboards to play music on “jackets with electronic lapels.” Sadly, this Tuneful couture never actually materialised.

The mobile phone prototype Michael Rodd Wrestled out of the Home Office was bulky, but it worked. Explaining how with vague musings on “tiny packets” and “bandwidth”, Rodd revealed That calls would be limited to three minutes – a good thing, apparently – and that the home office wasn't going to let the appropriate wavelengths become available to the public anyway. Ah well.

Introduced as the “World champion of the year 2000,” Sid – a giant pneumatic arm requiring human instructions – had its snooker skills put to the test on live TV. It missed an absolute sitter despite claims of 1mm accuracy, then failed to lay A table, much to host Kieran Prendiville's chagrin.

In order to prove the CD's worth and resilience, the show's presenters did the logical thing: smeared one with jam. Beats listening to Dire Straits.

A mysterious, suited gent named Fritz made his VW Futura saunter into place by itself, turning all Four wheels at once. Host Peter McCann looked more concerned about the prospect of being run over as it shot backwards, but you had to admire the futurism of the car, gull-wing doors and all.