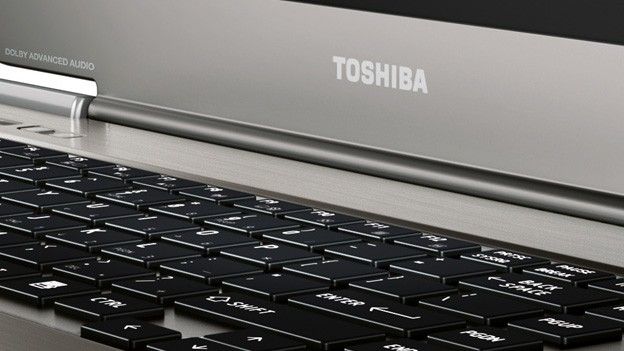 The Toshiba Satellite Z830 represents the maker's foray into the Ultrabook arena, going head-to-head with similarly slimline laptops such as the Apple Macbook Air and the Acer Aspire S3, which are among the best ultrabooks around.

While the outward appearance of the Z830 might not stray far from the Ultrabook mould, that's no bad thing.

Ultrabooks look sexy – and you can tell one just by looking at it.

At 16mm of breadth it's a little on the chunky side compared to the Acer Aspire S3 and the Asus Zenbook UX31, but it weighs a light and airy 1.1kg – the lightest of all the ultrabooks.

The keyboard is both strong and spacious and on top of that, it's backlit – which we haven't seen on any other Ultrabook.

Special mention must also go to the touchpad, which has a slightly tougher texture than the rest of the chassis and is extremely responsive.

Where the Toshiba Satellite Z830 can also lay some serious kudos down, is on the speaker side.

Twin vents at the front of the laptop give stereo sound, backed up with a subwoofer underneath the chassis.

Toshiba has shunned any kind of reflective coating for the Satellite Z830 screen which is great for when you want to work or use the Ultrabook outside or in a brightly lit area.

The trade-off is a slight lack of richness in colour when watching a movie or looking at pictures.

It's not a major cause for concern though, as the 1366 x 768 pixel resolution is still detailed enough to play 720p high definition movies.

The Toshiba Satellite Z830 is the more advanced Ultrabook of two that Toshiba has produced.

Despite this, performance dipped when compared to both the Asus Zenbook UX31 and Acer Aspire S3 so while the Satellite Z830 will satisfy the majority of needs, it's far from the most powerful out there.

Connectivity on the Z830 is fantastic and one of the highlights.

Toshiba has included several connections on the back of the laptop including three USB ports, one more than both the Acer Aspire S3 and the Asus Zenbook UX31.

Better yet, one of those ports is the newer USB 3.0 connection and the Satellite Z830 is the only Ultrabook we've seen with an Ethernet port.

Of course, part of the appeal of the Ultrabook is the portability, and this wouldn't be the case without an impressive battery life. Thankfully the Toshiba Satellite Z830 will keep you going through an entire day at the office.

Toshiba quotes an 8-hour battery life. Our own stress-tests create exaggerated performance by running a looped HD video over a benchmarking program that mimics demanding everyday use.

We managed to eke 205 minutes from the Satellite Z830, a respectable score and far better than the likes of the Lenovo ThinkPad X1.

How does the Toshiba Satellite Z830 stack up against its Ultrabook competition? Well, we'd recommend it over all but the Asus Zenbook UX31.

The reason being that the Satellite Z830-10U feels like an extra step forward from the Portege range rather than the completely new computing experience the Zenbook provides.

That said, this is easily the next best Ultrabook we've seen and certainly one of Toshiba's best laptops.