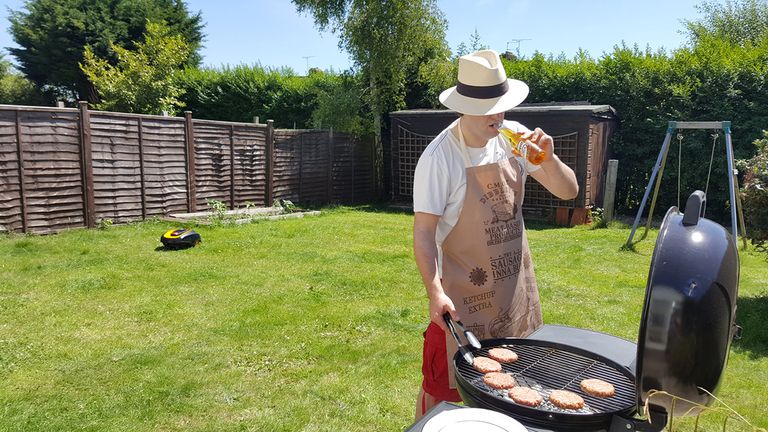 The McCulloch ROB R600 is a superb little robotic mower that, with minimal fuss or drama, quietly takes away the chore of having to maintain your lawn.

For those who want an immediate takeaway from this McCulloch ROB R600 review then this is it: the R600 is a top draw robotic lawnmower that you should definitely place at the top of your list of potential purchases if you are in the market for one. It's among the best lawn mowers you can buy, in fact, for the price. The mower is quiet, packed with features and - most importantly - reliably operates autonomously, cruising around its designated garden territory with a lava lamp-style smoothness.

There are a few caveats to consider, such as the fact that the McCulloch ROB R600 is designed for small to medium sized gardens (600 m2 max), and the fact that it currently retails for around the £850 mark (which is no small financial outlay), however, these factors aside it is definitely worthy of your consideration.

For those who want the longer review with all the details of how the R600 performed while on test then read on.

The McCulloch ROB R600 comes in a large, black cardboard box, with images of the robotic lawnmower along with key specifications detailed on the top and sides. Open then box and you are immediately greeted with lawnmower itself, which is delivered securely nestled in an interior cardboard frame and wrapped in bubble wrap - there's no way this thing is being damaged during delivery.

Remove the ROB R600 and you find a few other things in the box too, including the robot lawnmower's charging station and power supply, manual, paperwork and quick start guide, as well as various cellophane bags filled with the mower's installation components such as its boundary wire, pegs and connectors.

The included quick start guide is clear and concise, using a mixture of diagrams and bullet point instructions to guide you through the initial setup. In short, this installation procedure involves plugging in the McCulloch ROB R600's base station and docking the mower to ensure an initial full charge, laying out the robot's boundary wire around the perimeter of the lawn, and connecting the boundary wire as well as a guide wire to the base station also.

T3's test garden is on the small side of medium, square shaped, and filled with a child's swing, large shed and flowerbed. Installation of the boundary wire took around 60 minutes, with the wire needing to be securely pegged low into the grass with the ROB R600's included pegs. We proceeded to the peg the wire down around the outskirts of the garden, marking off key areas such as the flowerbed and around the shed, however, we left the swing within the cutting area, as we wanted to see how the R600 dealt with having to navigate a few obstacles.

Mow time on one charge: 65 minutes

The boundary wire, both left and right side, as well as guide wire, which extends out of the front of the base station and leads to the far end of the cutting area, need to be connected to the base in the form of a circuit, as that is how the mower can then detect the wires as it operates and know where to stop, such as at boundaries, and get help in terms of re-locating the base station. These three cable ends are simply connected to the base with included clamp connectors, which are simply pressed over the cable ends and then threaded onto marked connection points on the rear of the base station.

With the McCulloch ROB R600 charged up and its cutting area marked out and connected up, now it was time to see this robotic lawnmower in action. The mower is communicated with via a covered, top-mounted control panel that comes neatly equipped with 15 buttons and a clear LCD display menu. When you first fire up the R600 you are greeted with a setup wizard that helps you set the time, a security password and more. Once that is complete you are simply prompted to press start and close the top-mounted hatch.

And, off it goes! As soon as you close the hatch the McCulloch ROB R600 immediately leaves its charging station, fires up its cutting blades, and proceeds to cruise around the demarcated cutting area mowing the lawn. When it reaches a boundary wire, which cannot be seen literally after about 60 minutes of operation as the grass shifts and buries it, it automatically detects it, stops, backs up, rotates and then proceeds off on a new course.

And this agility in terms of the ROB R600's movement typifies its general operation. The mower doesn't have any preset patterns it follows, as each user's lawn will be different in shape and size, but instead seems to move continuously at entirely arbitrary and unpredictable angles. This is actually a core part why the R600 works so well as its programming in terms of movement allows it to access and escape from any area of a lawn, no matter how tight.

For example, the aforementioned swing area in T3's garden had not been marked off by a boundary wire and, as such, the R600 frequently mowed in and around it, getting stopped sometimes by one the swing's leg struts. This proved no impediment to its entirely autonomous operation however, with whenever it ran up to a strut, it simply proceeding to reverse for a moment, switch its angle, and then proceed once more. Due to the fact that the mower is programmed to move in this way, no area of the garden was missed or left uncut.

To get a little idea for how the McCulloch ROB R600 moves and sounds then you should check out this short video:

As you can see, regardless of whether the ROB R600 detects a boundary wire, or runs up to an object and is blocked, it never gets stuck and always continues to operate. Indeed, from T3's extensive testing of the mower we can confirm that not once did it get stuck or malfunction; it always automatically returned to its base station too when its battery became low.

As you can hear from the video, it is also incredibly quiet compared to conventional push mowers, with the R600 pumping out a maximum of 59 db(A). We were really impressed with this super quiet operation, as if you so desired you could set up a night time cutting plan and not have to worry about keeping the neighbours awake. We couldn't hear the mower at all inside T3 Towers while it was in operation.

The McCulloch ROB R600 comes packed with a variety of features, including the aforementioned ability to set cutting times, the ability to traverse inclines of up to 25 per cent, and operate in rainy weather. It also comes installed with an anti-theft alarm, lift sensor, tilt sensor, time lock, installation lock and large, easily accessible carry handle and stop button.

Arguably, for a robot lawnmower that advertises itself on its ability to remove the hard work involved in manually mowing a lawn, its most impressive feature is its unique micro-blade cutting system. What is so clever about this series of blades is that it removes the need to bag up and dispose of cut grass, as the blades chop the sward into incredibly tiny clippings that then naturally feed the lawn like fertiliser.

This means that you can wave goodbye to long and tedious trips to the local skip to dispose of bags of cut grass, and also to those unattractive strips of dried, discoloured grass that accumulate if you don't remove them post mow. No, the McCulloch ROB R600 not only cut the grass in T3's garden, but removed the need for any waste disposal too. Superb!

We were incredibly impressed with the McCulloch ROB R600's performance while on test. It isn't showy or over engineered, and it did what it said it would do on the box quietly and efficiently.

Its cutting path wasn't the largest, after all it is a compact unit designed for small to medium sized gardens, however, after leaving it to its own devices for a day while T3 took it easy with a BBQ and beer (it was so quiet you forgot it was on at times), it had left our lawn looking freshly mowed and in great condition.

No, while on test the McCulloch ROB R600 never got stuck, never got lost, never ran out of battery, and genuinely allowed you to forget about it and concentrate on having fun. Also, while it was on test T3 took trips that necessitated being away from T3 Towers for days on end, however, when we returned there was the R600 still patrolling the garden, still cruising around and maintaining our lawn with aplomb. It was genuinely impressive.

As we said right at the start of this review, this top performance certainly doesn't come cheap (it is competitive for the market though), and it isn't the best choice for those with very large gardens, however, if you can afford it and want to spend more time enjoying your garden and less time maintaining it, then the McCulloch ROB R600 robot lawnmower is an excellent choice.

For more information about the McCulloch ROB R600 robot lawnmower then check out the system's official website.