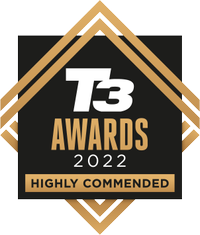 The 4K display on the XPS 13 is impressive but with the addition of the OLED screen the bar has been raised.

By Richard Baguley
Join our newsletter

Dell has added a new display option for its popular XPS 13 laptop. The latest Dell XPS 13 9310, now comes with a gorgeous OLED screen and an 11th gen Intel i7 CPU that kicks out some serious performance, all wrapped up in a clean, sleek design. It’s a killer, high-end combination for those who want power and good looks on the go.

Let’s start with the biggest new feature of the 2021 XPS 13: the gorgeous OLED screen. This 13.4-inch screen has a 3456 by 2160-pixel resolution, just a touch under 4K. While the standard 4K LED display is $50/£50 less, we’d suggest that OLED is the way to go. That’s because this thing is freaking gorgeous, with deep, dark blacks and bright, vivid color that pops off the screen. Watch some Dolby Vision HDR content on Netflix and you won’t miss a few pixels. It is also slightly bigger than the previous model, measuring 13.4 inches across the diagonal, 0.1inches bigger than the previous one. That might not sound like much of a difference, but the case of the laptop itself is no bigger, so there is a significantly smaller border around the screen.

The screen is also quite bright: I measured a peak brightness of 343 candelas per square meter (cd/m2). That’s a little less than some LED screens, which can measure 400 to 500 cd/m2. That means it isn’t quite as easy to see in bright sunlight, but it is more than adequate for most uses: sitting outside on a sunny day, the screen was still quite visible against the glare when sitting in the shade.

That screen is wrapped up in the same sleek, clean case as previous XPS models, with the whole thing measuring just under 0.6 inches (14.8mm) thick when closed. It weighs just over 2.8lbs (1.27kg), so it is also very portable. My review unit was in the attractive frost white finish, which includes a woven carbon fiber palm rest next to the large touchpad. Overall, it looks stunning, a sleek, small device that fits everything you are likely to need into a small space.

My only complaint is the lack of connections: there is a single Thunderbolt 4 port on each side of the case, a micro-SD card slot and a headset socket. There are no USB A ports, no HDMI output, and no wired ethernet. A USB-C to USB 3.1 converter is included, but that doesn’t really get around the issue of not being able to connect multiple devices at once. The solution that Dell offers for this is the DA310 mobile USB-C adapter (opens in new tab), which includes two USB-A ports, one additional USB-C port, DisplayPort, VGA, and gigabit ethernet. The lack of any HDMI connection on this for connecting to an HDTV is a rather odd choice, but DisplayPort to HDMI adapters are widely available. This adapter also passes through power, so you can charge the laptop while connecting to the outside world.

Although the XPS 13 may be a bit lacking in physical connections, it is fine for wireless ones: it supports Wi-Fi 6 (with a 2x2 antenna) and Bluetooth 5.1 for connecting to the Internet and wireless headphones, etc.

All of the 11th gen Intel processors also include updated Intel Xe graphics (with the exception of the i3 which uses UHD graphics), but these don’t come near the performance of modern separate GPUs. If you were dreaming of playing 3D games in the native near-4K resolution, no need to wake up quite yet. The XPS 13 could just about handle games like GTA V at 1080P resolution, but the sub 30fps performance wasn’t smooth or enjoyable. Still, the performance is more than adequate for less demanding, non-FPV shooter games: I could play Rimworld at high resolution without the game lagging or slowing down.

The 11th generation Intel i7 1185G7 processor and 16GB of RAM in my review unit offered a lot of processing power to bring to bear. Which it does: it achieved a very respectable PC Mark 10 score of 5115, a significant jump from the 4241 score of the previous generation XPS 13. That translates into speedy work on the road in office apps and with number-crunching: this computer is going to speed through a big spreadsheet without breaking a sweat. It should even handle tasks like simple video editing without issues.

The models with the OLED screen only offer this processor and memory selection, however other models may offer less power. The base level of the XPS 13 uses an i3 processor with 8GB of RAM that would perform significantly slower.

Battery life for small laptops is often an issue as there is a limit to the amount of battery you can fit into a small case. Dell seems to have struck a good balance here, though: I was able to keep watching videos for six hours and fourteen minutes with the brightness set to about what you would need to watch movies in a well-lit room (around 200 Cd/m2). That’s long enough for a couple of movies and a bit of work on a flight, or for a decent binge-watching session.

The 2021 XPS 13 is a class act: a laptop that combines power and portability in a stylish package. The OLED display is the cherry on the cake: 4K HDR movies and TV shows look great, with bright colors and deep, textured blacks that really make a well-shot movie pop off the screen.

It looks great and performs well but it has a price to match. While there are plenty of models for under $1k that offer nearly as good performance with a decent screen, if you want your work or movies to look the best on a gorgeously designed laptop, the XPS 13 remains the one to beat.

There are a lot of alternatives to the XPS 13. Probably the foremost option is the Apple Macbook Pro, which was recently upgraded with the M1 processor. A comparable 13-inch Macbook Pro will cost you about $1,499 but doesn’t offer an OLED screen, and only comes with 8GB of memory: adding an extra 8GB increases the price by $200.

If you really want the OLED screen, the HP Spectre X360 features a 14-inch 3k OLED as well as an 11th gen i7 processor for similar money to the Dell XPS. The Lenovo X1 Extreme Gen 3 15-inch also has the option to upgrade to an OLED screen, though it only offers 10th generation processors and costs considerably more than the XPS 13 for an equivalent spec. It does manage to squeeze in a few more connections, though, with a USB 3.1 port and an HDMI output.

Richard Baguley has been writing about technology since the 1990s, when he left a promising career in high finance to work on Amiga Format magazine for Future. It has been downhill for him ever since, writing for publications such as PC World, Wired and Reviewed.com. He has tested gadgets as diverse as 3D printers to washing machines. For T3, he covers laptops, smartphones, and many other topics. He lives near Boston in the USA with his wife, one dog, and an indeterminate number of cats.