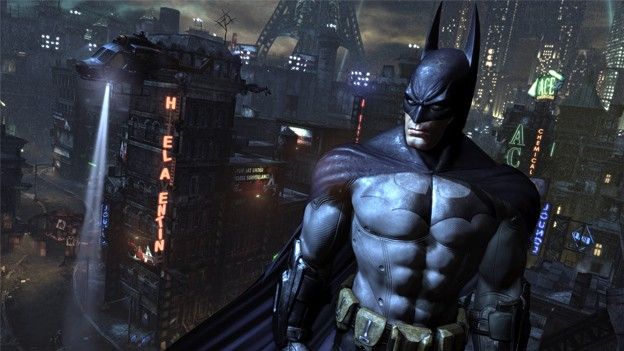 Is the Batman Arkham City hype justified? All gaming elements aside, it's simply one of the best Batman interpretations we've seen to date. That's including film, TV, even comics. Quite simply a masterpiece

Sure, our expectations sky-rocketed from the boggy marshes of licensed chopped liver and into the superhero stratosphere with Arkham Asylum in 2009, but this is only Rocksteady's third game. The notion of such a young studio competing with the top developers in the world so soon is surely unexpected.

Rocksteady completely understands the finest details of Batman and his rogue gallery. With the likes of Kevin Conroy and Mark Hamill returning as well, plus Animated Series and DC Comics writer Paul Dini holding the pen, there's no denying that in terms of characterisation and plot, Arkham City is as authentic a Batman experience as any.

When it comes to characters like Catwoman, Two-Face, The Joker or Batman himself, Rocksteady has adhered to classic, recognisable designs with a touch of modernisation and the benefit of incredible detail. The Batsuit changes with the light, for example, making for some truly iconic silhouettes at times.

Rocksteady makes youu feel as cerebral, dangerous and predatorial as The Dark Knight himself with a number of incredibly effective systems. Batman's free-flowing combat is still a game of timing as you leap from one target to the next countering and smashing your way through crowds to make your attacks harder and faster. New animations take things up a notch and new gadgets - like the freeze-blast - and enemy types add a bit more variation.

Some indoors levels can get a bit samey but the game explodes in the outdoors open world environments and makes the difficulty spike harder. When that happens, it's not a case of rethinking tactics, it's a case of avoiding the fight altogether.

It makes for bursts of tension on the fly, it places massive hurdles in what should be a routine journey from point A to point B. Most importantly, it contributes to what makes Rocksteady's take on the character such an authentic and exciting one. It reaffirms the core principle of Batman - that he's not Superman.

Taking down errant goons is a pleasure with one of the most full realised fighting systems that equals Gods of War 3. In fact, the added goodies in the bat utility belt, like the smoke pellets, take but superhero satisfaction was taken to a whole new level.

The sheer badass nature of Batman's take-downs (the vertical takedown, stealth attacks from behind, yanking people over edges with the Batclaw) will encourage you to mix things up again. But it's the more natural Predator situations outside that force you to really think like the Bat.

We'd still point out an over-reliance on the Titan tanking boss brutes (although Mr. Freeze is a welcome exception requiring smarts) and, as we said previously, indoor sections don't make many big leaps ahead of what we saw in the game's predecessor.

But the advances Rocksteady has made in the open world shift the focus significantly. It means that any points some may have found slightly grinding originally - be it the level design, boss battles of Predator sections - are part of a much bigger whole product that brings a new balance and mitigates any quibbles.

Rocksteady elevated the status of the superhero game with Asylum to a place that commands respect from notoriously hard to please comic book fans. With Arkham City, the studio clearly overcame any added pressure quickly and waded into the sequel with confidence. It's a belief in the character and, most importantly, a belief in itself that has seen the studio deliver one of the greatest Batman interpretations of all time. And you know what? Maybe even one of the best games ever.

Batman Arkham City availability: Out now on console and for PC in mid-Nov