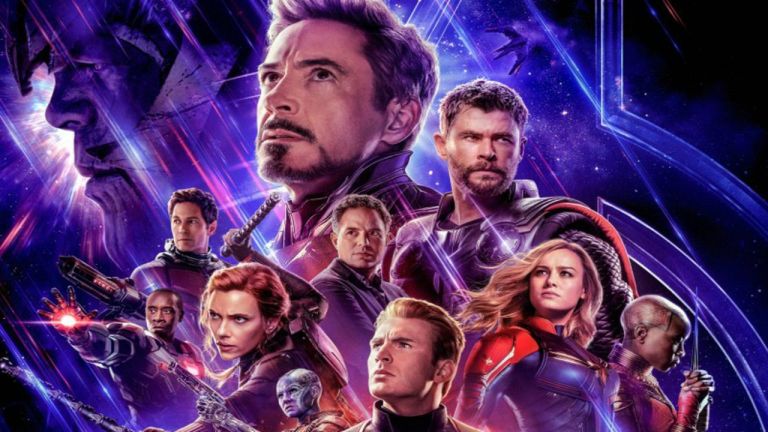 Disney Plus is is finally coming to the UK, which means you'll have a huge amount of new films and TV shows to binge, as well as a library of classic and popular series and movies.

The Mandalorian is amongst the collection  of original content coming to the streaming platform, along with the huge back catalogue of media from the House of Mouse. Thanks to Disney's recent list of purchases, Marvel Studios' stable of super hero films will also be dropping, meaning you can watch (or re-watch) your favourite characters save the world to your heart's content.

If you're looking to get a bit more involved however, you don't want to be wading in willy nilly. Everyone has a preferred order to watching the MCU's events unfold.

To really get to grips with the heroes, their backstories, relationships, and motivations - which will lead to a lot less head-scratching as the ensemble casts starts to grow - you could watch the films according to the Marvel Cinematic Universe's (MCU) timeline.

Iron Man kicked things off in 2008, introducing us all to the MCU, but the film itself is set in 2010. But 2011's Captain America: The First Avenger saw Steve Rogers running around 60 to 70 years before that during WWII. So we say scrap the real-world release dates and immerse yourself in the MCU's timeline for maximum viewing pleasure.

If you prefer to stick to the real world and value production value, performance, and blockbuster entertainment over the nitty gritty of who-was-where-when-what-happened, then making your way through in chronological release order is going to be your cup of tea.

Whichever your viewing style, we've got you covered down below, and if you sign up for a year's subscription to Disney Plus at the reduced price of £49.99, you can watch all 23 films at your own pace, which may take a while.

Watching Marvel movies according to the MCU timeline

Diving into the MCU will have us surfacing in the 1940s with Steve Rogers, and subsequently carried along to see all of the pieces fall into place that paved the way for Thanos to enter the fray. And that's not to mention the TV series and how they fit into the bigger picture. Scratch that nerdy itch by queuing up  your content like so (TV shows are in bold):

Watching Marvel movies in the order they were released

If you'd prefer to watch the actors age in the usual way, and appreciate the increasingly impressive special effects, the only way to watch the MCU movies is by their chronological release:

But exactly which of these films is making it to Disney Plus for the streaming service's launch? We don't have a confirmed list just yet, but we can look to the US' version of the streaming service to see what it has on offer, including those films that are dropping later in the year:

Disney has been pretty slow with the global rollout of its streaming service, which went live in November for some regions. Even with limited reach, Disney Plus amassed a whopping 10 million subscribers in its first 24 hours , but a staggered launch and the absence of popular programmes has lead to some vocal criticism of the platform.

Disney Plus goes live in the UK on March 24, 2020, so with less than a month to go and a great selection of content from Disney's archives as well as original programming, you can sign up for just £5.99 per month.