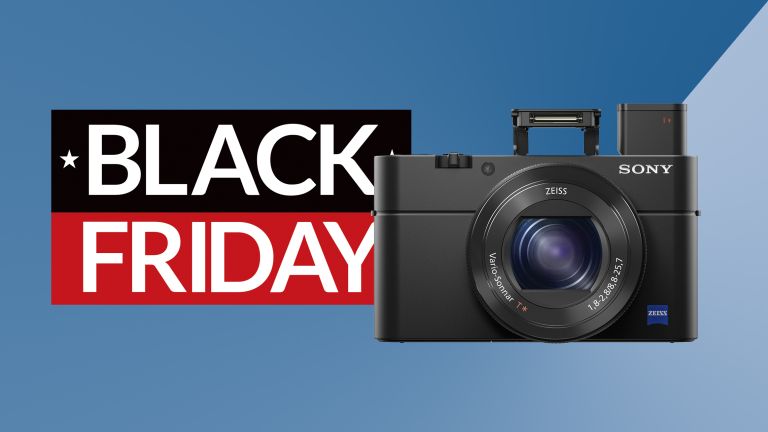 If you're hoping to buy a new camera this Black Friday and are on the lookout for a great deal, it's worth considering an older model of a top-range camera.

Take the Sony RX100 VI, for example. We named this camera  2019's best compact camera, and gave it a five-star, platinum rating in the annual T3 Awards. It's a truly fantastic camera, and its one that honestly gets better with every iteration, but if you're not looking to spend a lot of money (RRP is £1,150/$1,150), then check out these deals on the RX100 IV.

Any model within the RX100 series is worth considering because of the excellent image quality and high-speed performance synonymous with the range, all of which comes in a sturdy metal body that's small enough to sit in the palm of a hand.

But what will you get for your money specifically from the fourth model in the series? Well, all models come with a 20.1MP sensor, the IV was the first of the cameras to introduce a sensor with a stacked architecture. This improves how well the camera draws in light. So when it comes to the sensor you'll get just as much for your money with the IV as the VI.

One area where the IV differs from the V and the VI is the 4K video. Whilst the IV does record in 4K, the resulting footage will not be as crisp as that captured by the V or the VI. This is because the V and VI models both sample the footage at 5K , before down-sampling it to 4K.

The Sony RX100 series is famed for its lightning-quick speed, but naturally, this has improved over time. As a result, the once market-leading 16fps burst shooting at full resolution achieved by the IV has since been surpassed by the V and VI, which shoot at 24 fps.

If you're looking for a quality camera that will perform well for you with precision and speed, but you're not too worried about having the latest model, pick up a Sony RX100 IV on sale this Black Friday.

Read on if you want to see of the best cheap camera deals for Black Friday 2019.