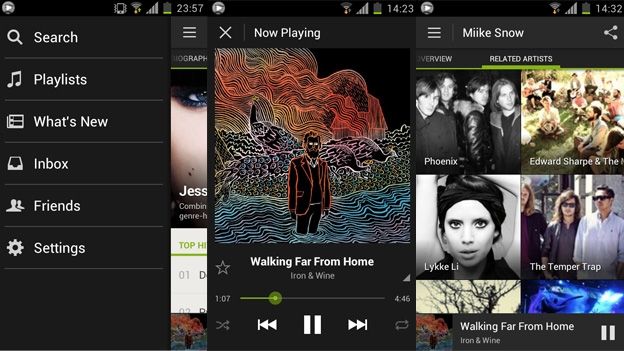 The Spotify Android app has been given a complete overhaul and is now available to preview with users able to check out what's going to be available.

Now completely optimised for Android Ice Cream Sandwich the app has been given a complete design overhaul which compliments the new operating system with slide-out navigation and ICS themed icons.

On top of a visual makeover the app has been enhanced to run quicker, while high-resolution album artwork has been added to better suit the 720p screens found on the likes of the HTC One X and the Samsung Galaxy Nexus.

For the first time on a Spotify mobile app there's a related artists view while the social element has been boosted with users able to view their friends playlists and profiles.

By the time the app is ready to be released on Google Play Spotify will have added a folders feature as well as Last FM Scrobbling but for now Android users can download a preview of the app here.