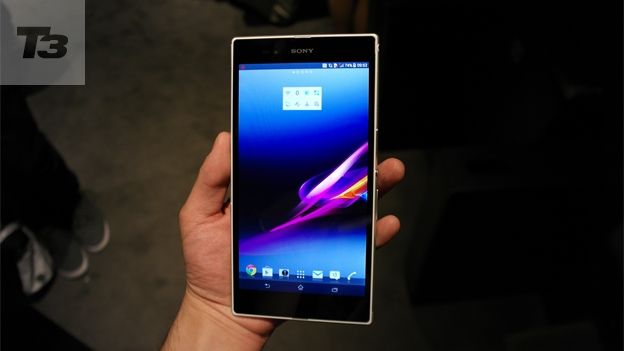 Sony has just unveiled the new Sony Xperia Z Ultra, a 6.4-inch Full-HD smartphone that measures in at just 6.5mm but still manages to cram in a blistering 2.2GHz quad-core processor.

Not only is the Xperia Z Ultra the slimmest smartphone with the largest Full-HD display it's also IP58 waterproof which means you can take this thing swimming whilst still using the 3.5mm audio jack.

Running Android 2.2 Jelly Bean there's a 8MP camera on the back whilst a 2MP front-facing camera is on call to tackle all those selfies.

For the moment the Xperia Z Ultra may well be the most-powerful smartphone in the world thanks to its 2.2GHz Snapdragon 800 quad-core processor whilst 2GB of RAM makes multi-tasking a breeze.

Keeping all this in check is Sony's 3000mAh battery with Stamina Mode which extends the Xperia Z Ultra's battery life by up to four times the industry standard.

The 6.4-inch Full-HD screen isn't picky when it comes to input devices letting you use your hands, a stylus or even a pen thanks to some nifty technology built into the screen.

Elsewhere there's NFC for connectivity with Sony's new SmartWatch 2 and Smart Bluetooth Headset, both of which were also announced at a Sony Xperia event this morning.