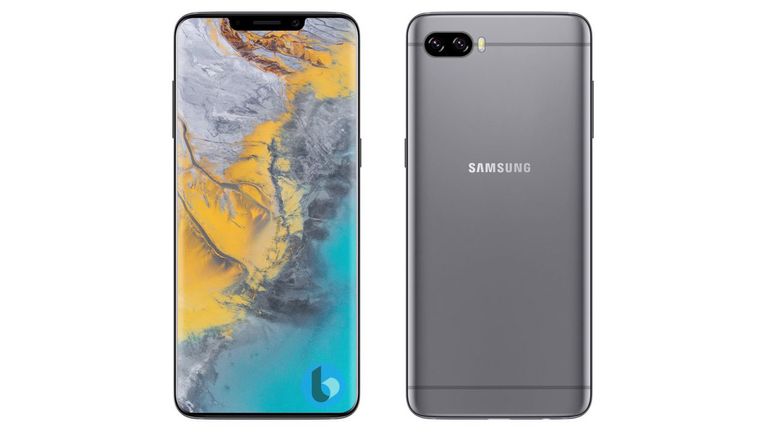 Samsung is clearly working on an under-screen fingerprint reader as it just keeps leaking and now it's appeared in an official document suggesting we'll see it soon in the Galaxy S10, if not the Galaxy Note 9.

A patent has surfaced online that shows a fingerprint scanner which is placed only partially under the display glass on a Samsung smartphone. Unlike the current under-screen optical fingerprint sensor in the Huawei P20 Pro, this unit uses a physical button that partially sits under the screen.

The result should be an even bigger Infinity Display that makes for a better screen to body ratio than previous models. The patent talks of a 90 percent screen-to-body ratio.

By combining the physical and virtual button modes it means that the uses of those buttons can vary, from back and multi-tasking buttons to volume rockers, for example. When the buttons are not in use the half which is under the screen can be made invisible to offer even more screen space.

How the under-screen fingerprint sensor works is less clear but Samsung is reportedly skipping the release of this on the Galaxy Note 9 around August in favour of waiting for the S10 early in 2019. The result should be the use of ultrasonic tech which is more accurate than current optical tech.

The front-facing camera also uses this screen integration tech to allow some of it to stay covered so, again, even more screen can be maximised on the phone. Hopefully we'll see this tech in the Galaxy S10 or, failing that, the Galaxy X foldable phone.