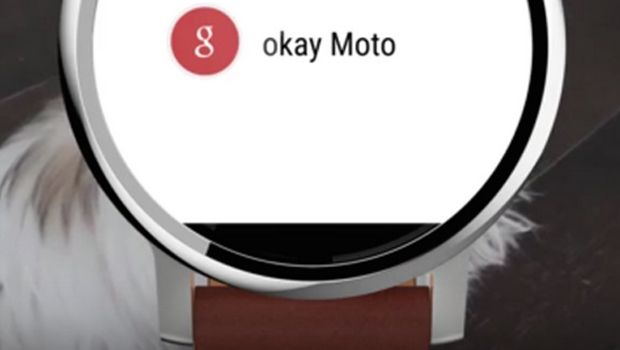 Motorola's Android Wear-toting Moto 360 smartwatch has been around for nearly a year, and the rumours are that there is a successor in the works.

Adding fuel to the fire is Motorola itself, which was clearly in two minds about its most recent Twitter post. The Lenovo-owned tech giant shared a video purportedly showing the Moto 360 sequel, but deleted the post shortly after.

“#Moto360 helps you find the important things in life,” the tweet read. Evidently the company's social media wiz jumped the gun, but not before The Verge got a good look at it.

The Moto 360 in the video was clearly a different model to the one currently on sale, and also backs up a Lenovo leak from earlier this year which revealed redesigned lugs for connecting the strap. The change makes it more refined and watch-like, bringing it closer to the design of timepieces we've grown used to over the decades.

Another notable difference is the button on the outside, which has been moved from the right to the upper-right. We still see the "flat tire" of the non-circular display up front, as well as essentially the same functionality as the original.

Aside from the clear aesthetic tweaks, we're still in the dark about the new Moto 360, but it may not be long until it's revealed. Motorola likely plans to position it as a companion for the Moto X Style and Moto G, which are expected to be released on September 3.

The world had high hopes for the Moto 360, but while it stood out from other smartwatches for its stunning design, it was criticised for its poor battery life and underwhelming chipset. Can Motorola duly deliver this time around with a worthy rival for the Apple Watch? Cross your fingers.