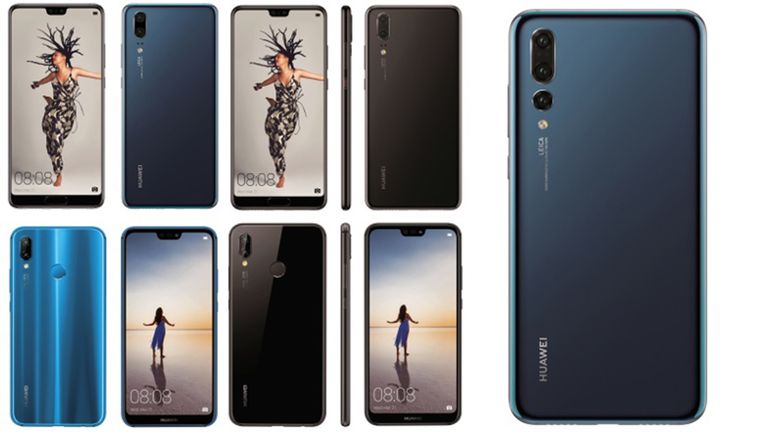 Huawei is set to officially announce its new Huawei P20, P20 Lite and P20 Pro at an event on the 27th of March and now the phones have leaked early featuring an iPhone X style notch and something else.

Serial leakster Evan Blass has tweeted images of the new Huawei P20 handsets as well as the P20 Lite and P20 Pro. All three handsets feature the top notch like the iPhone X in order to house front-facing sensors and cameras while keeping a full-as-possible edge-to-edge display.

According to the images all three phones will also feature dual rear cameras. But, in the case of the P20, there is an extra, third, camera below that main module. Is Huawei looking to reinvent the camera on phones like Samsung did with the Galaxy S9?

Other information shown off in the leaked pictures includes the placement of a rear fingerprint sensor on the P20 Lite only, suggesting potential facial recognition and perhaps in-screen fingerprint reading on the other handsets. Also shown off are the colours of glossy cyan, glossy black and matte black.

Leakster Roland Quandt expects pricing to sit at around £330, £605 and £800 for the three tiers of P20 smartphone. Expect to have everything revealed at the launch event on the 27th of March.