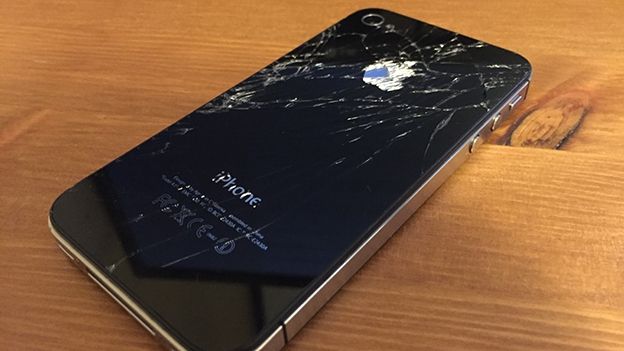 The days of worrying about whether your iPhone screen will break when you inevitably drop it could soon be over.

The latest innovation out of Apple's labs promises to reorientate your iPhone's screen away from the ground when you drop it.

The company was today issued with a patent for the technology, meaning we could see it in either the iPhone 6S or the iPhone 7.

Some of the plans are probably quite fanciful for the time being. These include a mechanism that can jettison headphone cables when the accelerometer senses the phone is dropping, to tiny gas canisters that fire to slow the phone's descent.

Much more likely to appear in an iPhone within the next two years is a anti-damage system that uses the internal vibration motor to change the angle of the phone while falling.

At the same time the iPhone's sensors would be used to work out the angle and speed that the phone is falling out. The idea is that the vibration motor would rotate the phone so that the back takes the impact rather than the much more fragile screen.

Interestingly, Apple recently removed some of the technology that will allow the iPhone to do this from the iPhone 6 and the iPhone 6 Plus. This suggests that Apple may be looking to reintroduce the linear oscillating motors that old iPhone models had into future models.

Sadly this all comes too late to save my own iPhone 4S, which suffered one drop too many last week (pictured above).