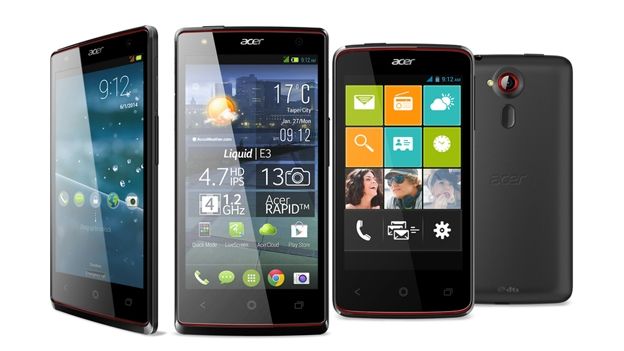 Acer has announced details of two new handsets ahead of Mobile World Congress next week.

Both phones are part of Acer's new Liquid range. Both phones will be shown off in public for the first time at Mobile World Congress in Barcelona.

The Liquid E3 will come with a 4.7-inch high definition IPS screen inside a unibody phone. The body itself is only 8.9mm thick.

As for internals, it will be powered by a 1.2GHz quad-core processor and come with 1GB RAM. The company behind the processor hasn't been named yet. Storage wise, it has 4GB of storage and Android 4.2.2.

As for the Liquid Z4, it will come with a four-inch screen and is backed by a 1.3GHz processor, 4GB of storage, Android 4.2.2 and five megapixel rear camera.

There is no word on how much RAM it will come with, but we'd be surprised if it is more than 1GB. Indeed, it's much more likely bearing in mind the price to be 512MB.

Both phones will go on sale in the UK in April. The Acer Liquid E3 will cost around £165, while the Liquid Z4 will be priced at around £85.