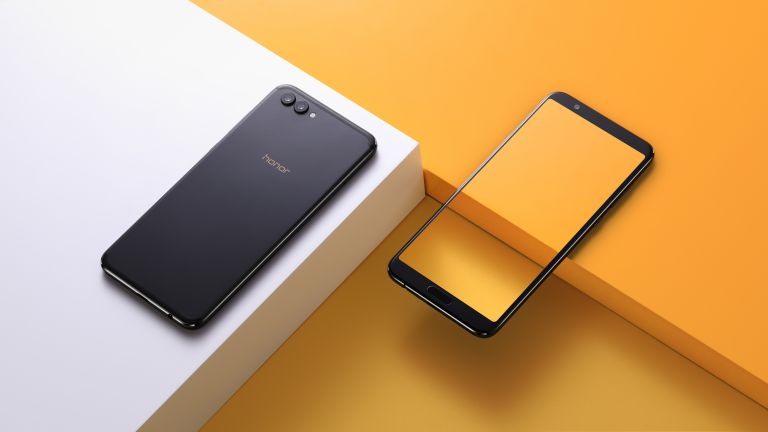 This is a sponsored article, in association with Honor.

How smart is your smartphone?

It’s not a trick question. It’s just that so many of the products sold as “smart”… aren’t.

Smart? Not so much.

Maybe it’s time to stop talking about smartphones and look at what’s next: intelligent phones.

Intelligent phones don’t pretend to be smart. They are smart.

Take the Honor View 10, the first intelligent phone. Its Kirin 970 chipset includes a dedicated neural-network processing unit, or NPU for short. The NPU uses machine learning to develop a deep understanding of what you do with your phone, and that understanding changes everything from the information it presents to the way it runs under the hood. As soon as you start using it, your Honor View 10 becomes uniquely yours.

The art of smart

Intelligence uses eye-tracking technology to automatically turn on the phone when you look at it, and robust facial recognition to decide whether to show notifications or not — handy if you don’t want others to see your private messages or notifications.

Intelligence learns not only when and where you like to eat, but also the kind of music you like to listen to on the way — and makes that music appear at your fingertips when you want to use your music app.

Intelligence constantly adjusts the way your phone prioritises processes to maximise the performance you need when you need it.

Intelligence manages your battery so you’ll never need to sacrifice performance for stability no matter how many years you’ve had it for.

Intelligence has a dedicated NPU that runs AI processes 25% more quickly and 50% more efficiently than a CPU/GPU combination.

Intelligence knows that you’ve just walked into a darkened room and changing the shortcuts to include a flashlight.

It’s not magic, but sometimes it feels a lot like it.

Having both local and cloud-based intelligence is important, because sometimes you need the sheer speed and low latency of the device that’s in your hand — so for example the Kirin 970 can perform image recognition on an incredible 2,000 images per minute — and sometimes you need the heavy lifting that only the cloud can provide, such as when you’re trying to identify the individual pieces you need to recover an image you’ve accidentally lost.

We all know the saying: nobody likes a smart… ahem. Smart can be too smart for its own good sometimes, bamboozling you with stuff you don’t need or banging on about things you don’t care about. True intelligence doesn’t burst into the room shouting “I am amazing and you must love me!” You love it because it makes everything better.

The Honor View 10 is a great example of that. Its intelligence powers real-time translation, incredibly clever camera features and intelligent reminders, and it’s all wrapped in a brand new user interface that’s designed to bring you exactly what you want when and where you want it.

It doesn’t skimp on specs, either. Always-on intelligence needs hardware that’s, well, always on. That’s why the View 10 packs a massive 3,750mAh battery with exceptional stamina. When you finally do need to charge it, it’s back at 50% in just 30 minutes. And its intelligence never keeps you waiting thanks to its screamingly fast octa-core processor, a whopping 6GB of RAM and that all important NPU.

That means the View 10 isn’t just an intelligent phone. It’s a really smart buy, too.

Find out more about the future of phones at Honor’s website.

AI Week is brought to you in association with Honor.