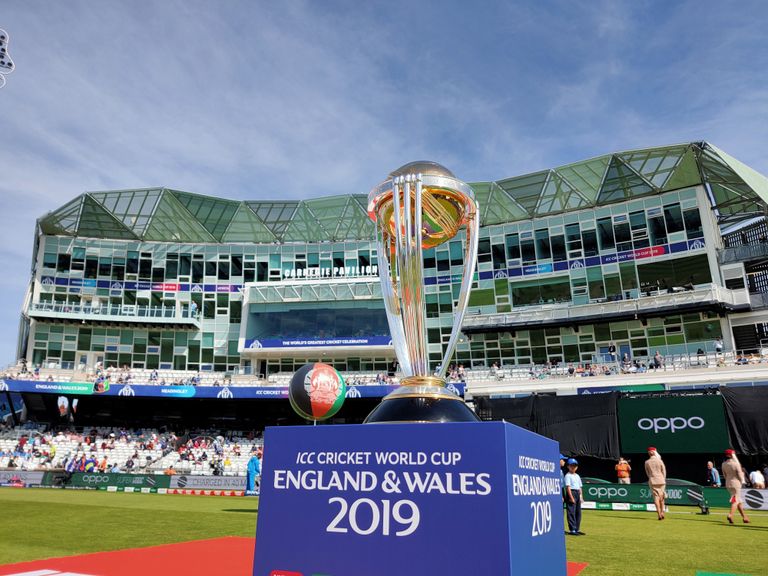 Ever since T3 reported on the dramatic launch of the OPPO Reno 5G in Zurich back in April we knew it was a device to get very excited about. The phone seemed to defy convention in that it just delivered a next-gen, futuristic technology such as 5G connectivity effortlessly.

And it did so in one of the most beautiful, feature-packed, powerhouse handsets we've seen in years, with the Reno 5G hitting it well and truly out of the ground in terms of core hardware suite, screen and protection, as well as the ability to take simply stunning photographs in almost any environment and at any time of day or night.

It was, therefore, the absolutely perfect device to place in the kit bag throughout this summer's dramatic, England winning ICC Cricket World Cup. As T3 knows very well, when you're at all-day events where the range of what you will do and the length of time that you will do it is extensive, the absolute last thing you need is your smartphone letting you down. The OPPO Reno 5G therefore seemed the perfect device to carry while enjoying the sound of leather on willow.

A camera system that hits the competition for six

If there was one thing that makes the OPPO Reno 5G a fantastic phone at live sporting events it is its powerful and innovative camera system. A rear triple lens setup consisting of a 48-megapixel primary shooter along with a 8-megapixel ultra-wide angle camera and 13-megapixel telephoto lens (which are all used in tandem in most shots to imbue each snap with the most detail possible), means that capturing the action, be it in the stands or at the crease, is incredibly easy.

As can be vividly seen in the image gallery above, taken at numerous England matches during this summer's tournament, the colour captured and reproduced by the AI-controlled, HDR-enabled camera system is just top of the batting order good, with punchy bold primary colours and subtle gradations between softer tones.

Thanks to in-built smart technology such as facial recognition, highlight suppression, portrait protection and the ability to capture the a very detailed spectrum of lightness and darkness within any image, capturing the atmosphere in the ground, as well as the people and action in it led to some very impressive results. You only have to take a look at the fan with those amazing contact lenses to see the quality captured by the OPPO Reno 5G.

The OPPO Reno 5G camera system's real big hitter, though, is its state-of-the-art 10x lossless hybrid zoom. This incredible zoom feature is accessed from the main viewfinder and allows you to quickly shift between 1x, 2x, 6x, 10x and the ultra-wide angle lens, with jumps made in increments or by pinch zooming on the screen.

And the amazing thing is that shots taken with the lossless hybrid zoom, such as the one above showing the England cricket team walking across the pitch, truly are lossless, with bright, crisp and detailed shots really letting you capture scenes that may be nowhere near you. Which, attending a cricket match, where the vast majority of the action takes place right in the centre of the field in the square, is incredibly useful.

What's really impressive about the OPPO Reno 5G's 10x lossless hybrid zoom function, though, is how it utilised the system's main strengths, rather than shedding them in the chase for maximum telephotography. By employing the camera's HDR capabilities, as well as its Optical Image Stabilisation (OIS) and AI, shots like the one above are possible. Here a shaded, flat light stand environment is shot in zoom and both it and the bright sky above, with its subtle shades of blue, as well as the various shades of grey clouds, are captured crisply and naturally.

Power and battery performance that goes the distance

And, as any cricket lover will know, in almost all incarnations of the sport it is definitely not a short game. Test matches go on for days, while even the ICC Cricket World Cup format of 50 overs a piece for each team, is a proper all-day event. As such, carrying a phone in your pocket that can make a big innings and go the distance is crucial.

Luckily, the OPPO Reno 5G comes with a stacked 4,065mAh battery cell, which is the largest battery of any OPPO smartphone and one that, even with heavy use, can deliver a rock solid full-day of juice. Even when taking pictures and recording 4K videos of post-match celebrations, the battery still had hours to spare, and it really meant that battery anxiety was never an issue.

And that is remarkable really considering that the OPPO Reno 5G is equipped with the cutting-edge Qualcomm Snapdragon 855 CPU (the most advanced processor on the market today) which, simply put, enables incendiary performance across the board.

Everything from UI navigation and opening and using the camera system, though to playing the most demanding mobile phone games during the cricket's intervals and multi-tasking by browsing the internet while watching match highlights, is buttery smooth using the OPPO Reno 5G. Which when you're at such a great event as the ICC Cricket World Cup is absolutely the performance you should expect from your handset.

Of course, there is one other incredible trick shot up the Reno's sleeve and that is its ground-breaking 5G connectivity. Go to an event in a 5G coverage zone, which are now extending around many of the UKs major cities, and speeds that outstrip 4G by an orders of magnitude are accessible.

And with a 5G connection at your disposal, sharing and documenting each major wicket, or live broadcasting a dramatic Super Over conclusion to a game, such as we all witnessed when England edged out New Zealand in the ICC Cricket World Cup final to triumphantly win the whole tournament, is made so easy you forget just how advanced it actually is.

No connection issues due to thousands of people all trying to squeeze onto the same limited 4G bandwidth at the same time, and with upload speeds that outstrip fast broadband connections, your story of the day, be that an Instagram Story or Twitter/FaceBook live video, for example, is never interrupted or delayed.

There are, of course, many more reasons why the OPPO Reno 5G was a perfect companion at the ICC Cricket World Cup, and simply as top-tier flagship phone, too, such as its super large and bright 6.6-inch screen and super-protective Gorilla Glass coating on both its front and back, and these simply add to the quality overall experience, imbuing confidence at every turn that the phone in your pocket is among the absolute best phones on the market today.

For us, though, the greatest strength that the OPPO Reno 5G grants is the ability seamlessly interact with the world around you in a way where the technology is so good, and so well designed, that it takes a back seat while augmenting your real world enjoyment and immersion. A smartphone that performed flawlessly all tournament, and one that with England walking away triumphant, is not only incredibly easy to recommend but one now tied to some absolutely cracking memories, too.

More information about the OPPO Reno 5G can be found on the official website.